Pennsylvania cop charged for capitol insurrection and suspended without pay: 'No regrets' 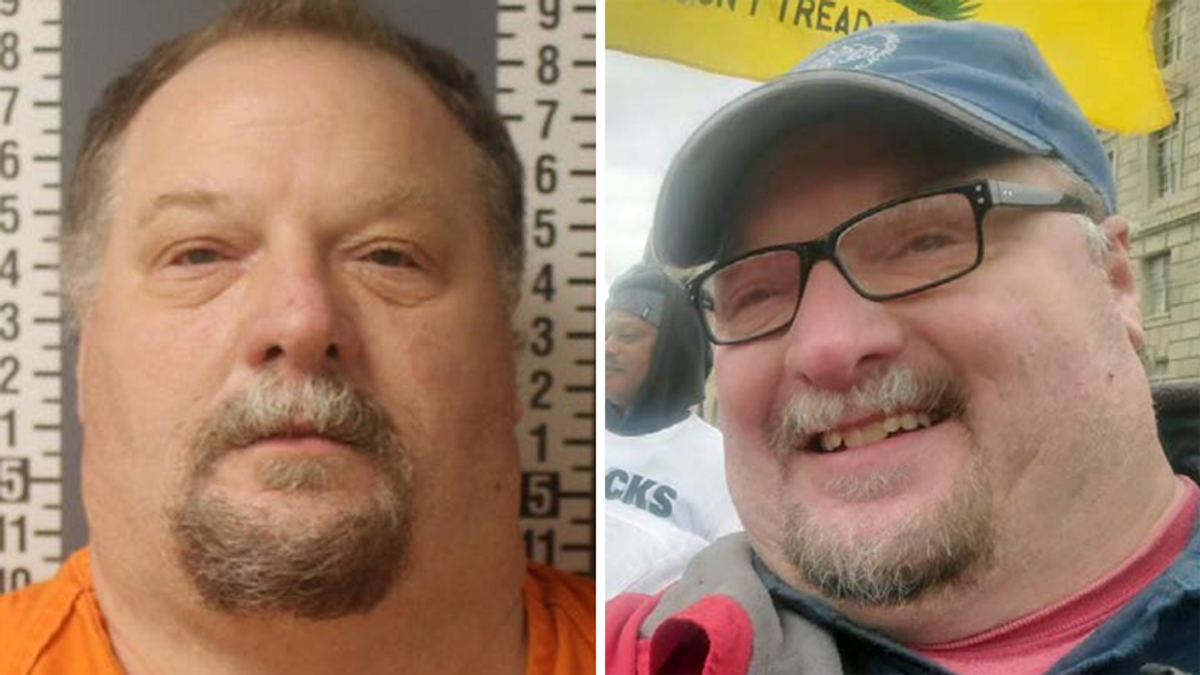 Yet another police officer has been arrested for the fatal January 6th insurrection at the U.S. capitol.

"A North Cornwall Township police officer has been arrested by the FBI in connection with the U.S. Capitol riot in January," the Lebanon Daily News reported Friday. "Joseph Fischer, 54, is being detained in Dauphin County Prison, Dawn Clark, a spokeswoman for the U.S. Attorney's office, said."

"He has been charged with obstruction of law enforcement during civil disorder, knowingly entering or remaining in a restricted building or grounds without lawful authority, violent entry and disorderly conduct on Capitol Grounds and obstruction of justice/Congress," the newspaper reported.

The department has suspended him without pay.

The criminal complaint details a conversation Fischer had with another user on Facebook, as reported by the HuffPost.

"[T]he FBI may arrest me ... lol," Fischer noted. "I know they are targeting police who went."

And Fischer recounted a discussion he had with his police chief.

"I told him that is the price I have to pay to voice my freedom and liberties which I was born with and thusly taken away," Fischer said. ""I told him I have no regrets and give zero sh*ts." 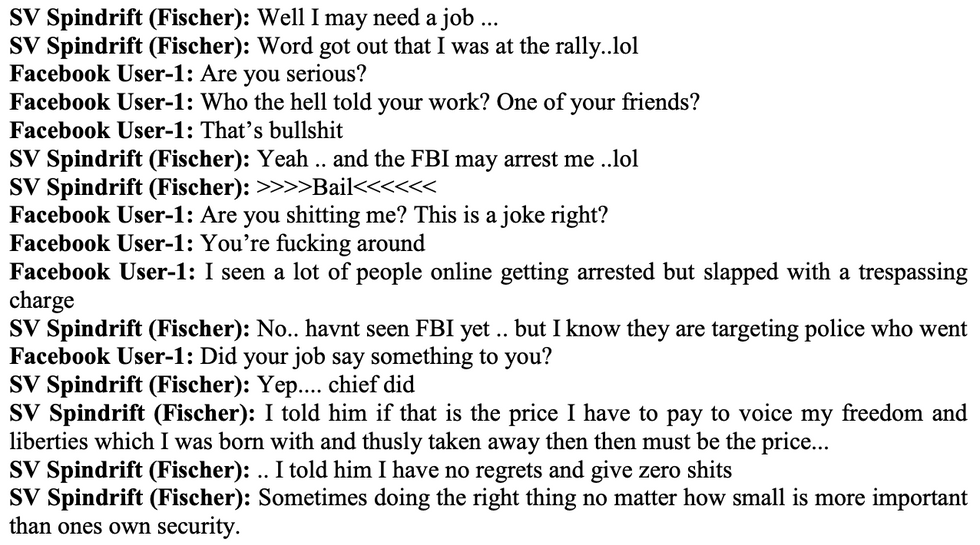