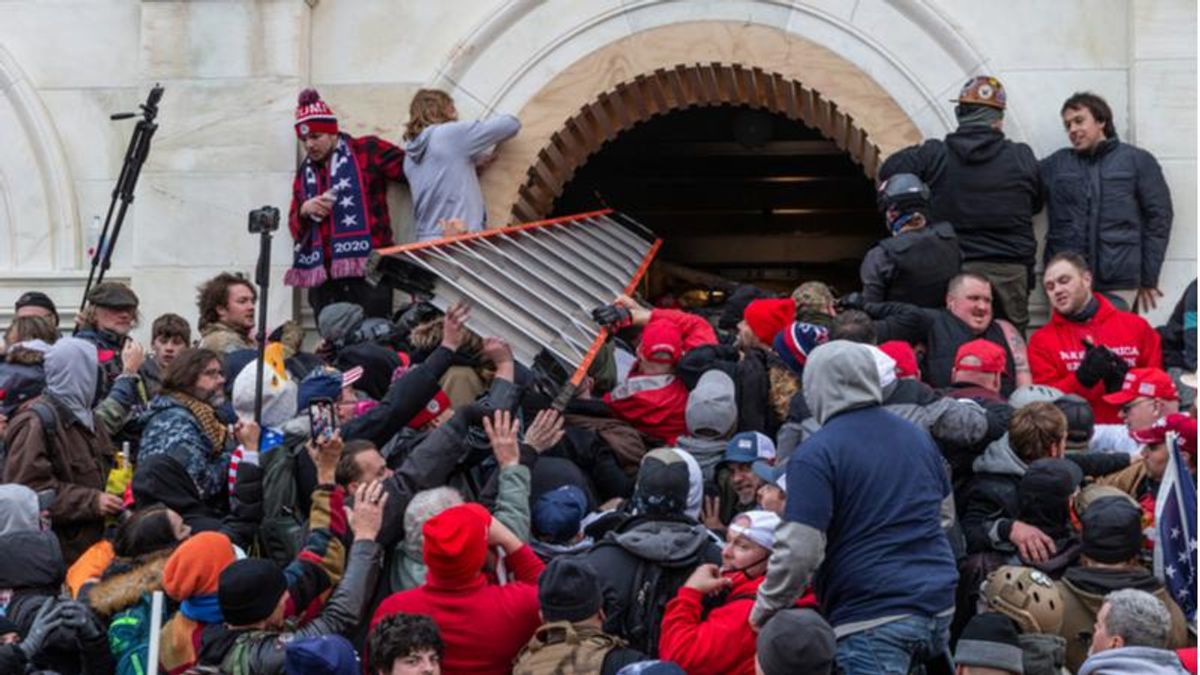 Major corporations are backing a Republican group with ties to the January 6 riot at the U.S. Capitol, according to a new report.

In an article published at Popular Info this Wednesday, Judd Legum, Tesnim Zekeria, and Rebecca Crosby cite an excerpt from robocalls sent out on Jan. 5 by the Republican Attorneys General Association (RAGA), where they urge people to show up to the "Stop the Steal" rally that was to be held at near Capitol building on Jan. 6 -- an event that was a precursor to the riot that took place later that day.

"The march to save America is tomorrow in Washington D.C… At 1:00 p.m., we will march to the Capitol building and call on Congress to stop the steal. We are hoping patriots like you will join us to continue to fight to protect the integrity of our elections," read an excerpt from the robocall.

According to Popular Info, this call is evidence of RAGA's involvement in "building the mob that carried out the January 6 attack on the United States Capitol," and corporations that still continue to donate to RAGA are also complicit.

In addition to the robocalls, Popular Info cites posts to social media where RAGA "pushed conspiracy theories suggesting Democrats were plotting to 'steal' the election."

Popular Info approached corporations such as Yelp, Smile Direct Club, AT&T, and Mastercard with concerns over their past donations to RAGA, and while the corporations expressed concern over RAGA's messaging, they continued with their donations anyway.

Read the full report over at Popular Info.