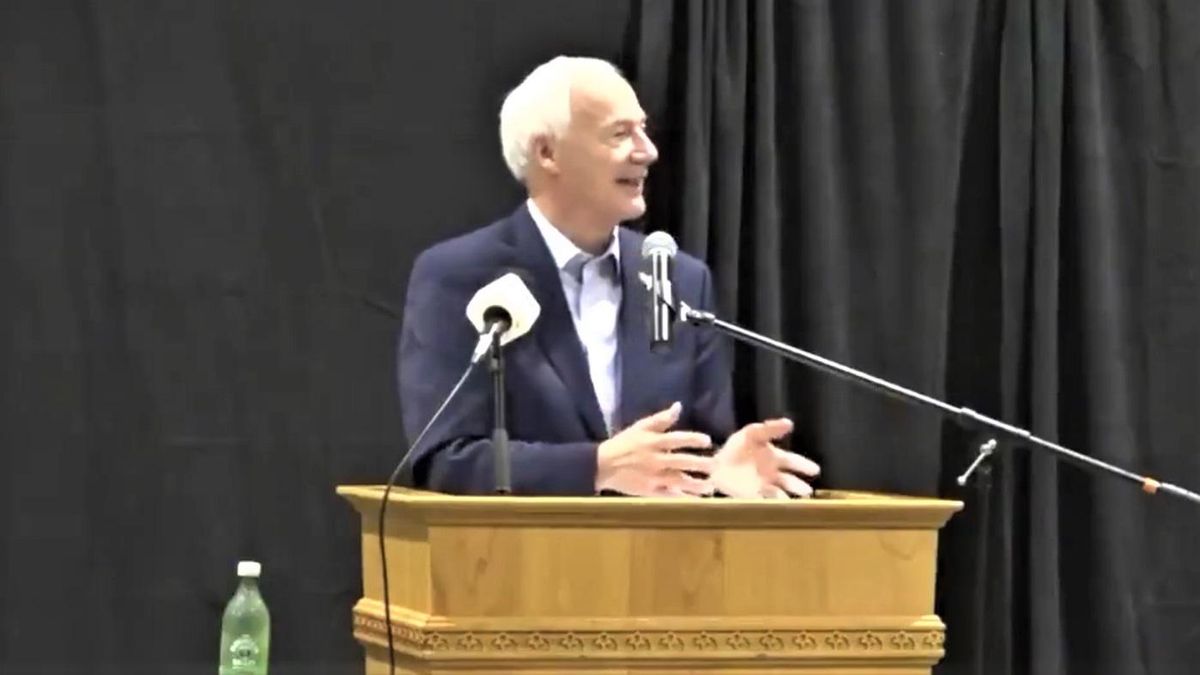 He then turned to Dr. Jennifer Dillaha, the Arkansas Department of Health Medical Director for Immunizations, who reiterated that getting vaccinated will not lead to infertility.

"So at this point in time, there is no evidence the COVID vaccine..." she began, before being interrupted by an angry audience member who accused her of trying to "shut down" stories from women who were purportedly made infertile by the vaccine.

"This is ridiculous!" the woman screamed at the doctor.

Dillaha once again tried to speak, and was once again drowned out by angry shouting.

Dillaha eventually managed to say that the there is no evidence that the vaccine causes infertility, while also emphasizing that getting infected with COVID poses dangers to pregnant women.

"I think it's important for people to have factual, accurate information," she concluded.

"We'd love to but you keep covering it up!" an audience member yelled at her.