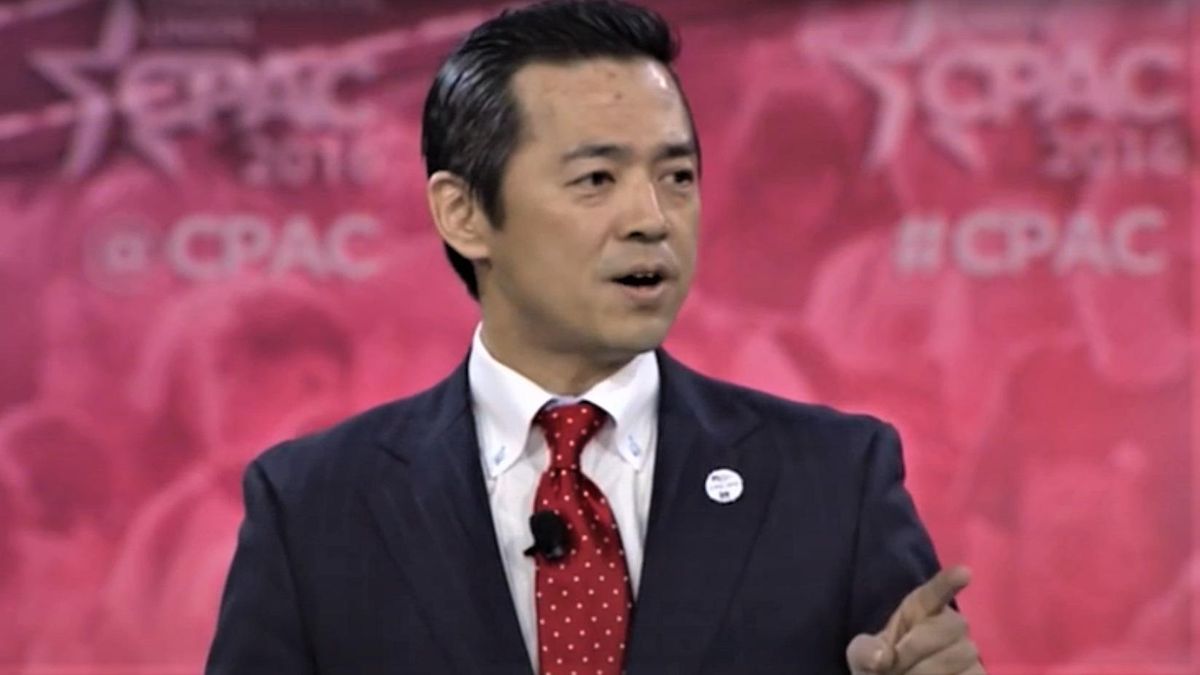 Sarah Hightower, a cult researcher who has studied Happy Science, describes it to Vice as a "cult run by a man who claims to be the incarnation of multiple Gods while pretending to channel the psychic spirits of anyone from Quetzalcoatl to Bashar al-Assad to Natalie Portman."

Although Aeba is not the founder of Happy Science, he did found its political branch, a Japanese Party called Happiness Realization Party (HRP), which is a far-right nationalist party akin to the Brexit Party formed by Trump ally Nigel Farage in the United Kingdom.

"In the 12 years since it was formed, the HRP has failed to get a single candidate elected to Japan's parliament," reports Vice. "But in recent years, under Aeba's leadership, the group has gained more political legitimacy back home by aligning itself with right-wing U.S. figures like Steve Bannon and Matt Schlapp."