'I was there': C-SPAN caller outs himself as Jan. 6 participant who wants to 'take our country back' 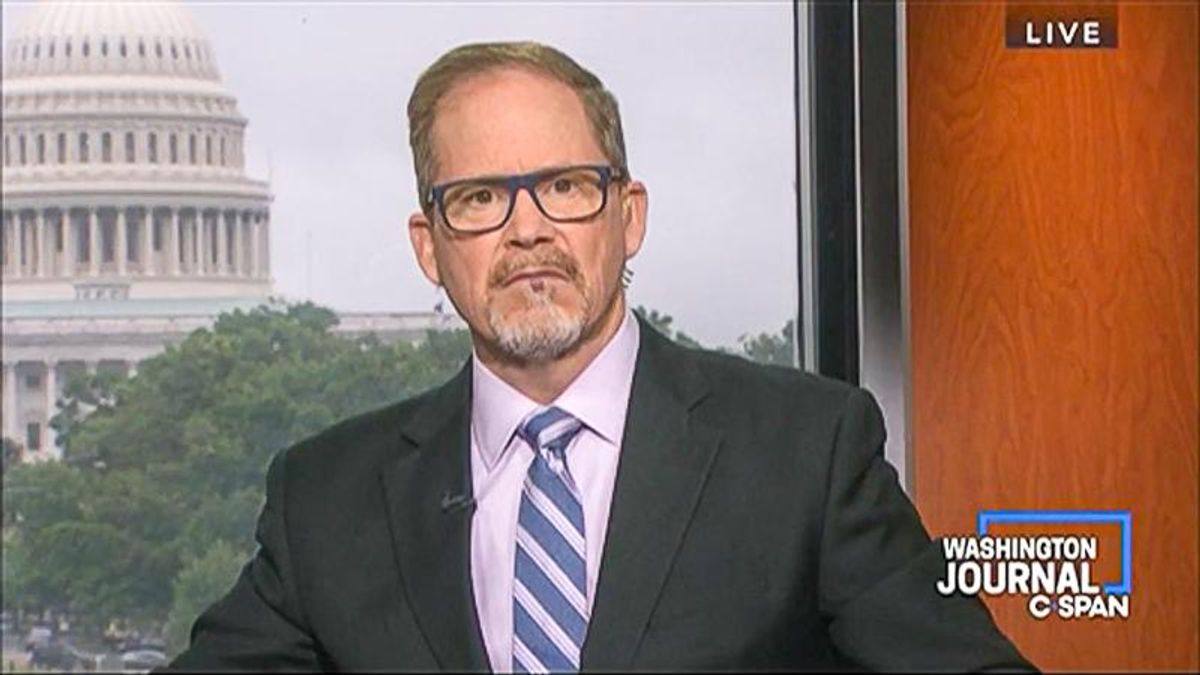 A Virginia man admitted on live television that he was part of the crowd that attacked the U.S. Capitol on January 6.

During C-SPAN's Washington Journal program on Thursday, a man named Tom called in from Woodbridge, Virginia to talk about the insurrection.

"I was there on January 6th," the caller revealed. "I'm going to tell you right now -- and I work in the intelligence community and have for many, many years -- I'm telling you there were experienced agitators there that took advantage of a great deal of anxiety and passion in the country and did it on purpose to defame the presidency of Donald Trump."

"I know that for a fact," he continued. "The main thing that I wanted to come on and say is about the future of President Trump, etc. There's a lot of people out there that hope he's coming back, hope he's going to win again in 2024."

According to the caller, the "smartest thing" Trump could do would be to "keep the Trump movement alive and keep it alive across the country so that we can take our country back, county by county, state by state and then ultimately back in the federal positions."

The Virginia man then claimed that the Lincoln Project's campaign against Trump was run by Sen. John McCain, who died two years before the 2020 election.

"The Lincoln Project was completely organized and run by the campaign of John McCain," he insisted. "John McCain, political elitist, worked deliberately to destroy the Trump presidency out of personal animus and it had nothing based on what was good for the country. It had everything to do with destroying the presidency of Donald Trump because of the personal animus that many of these people had."

It was not immediately clear if the caller is wanted by the FBI.