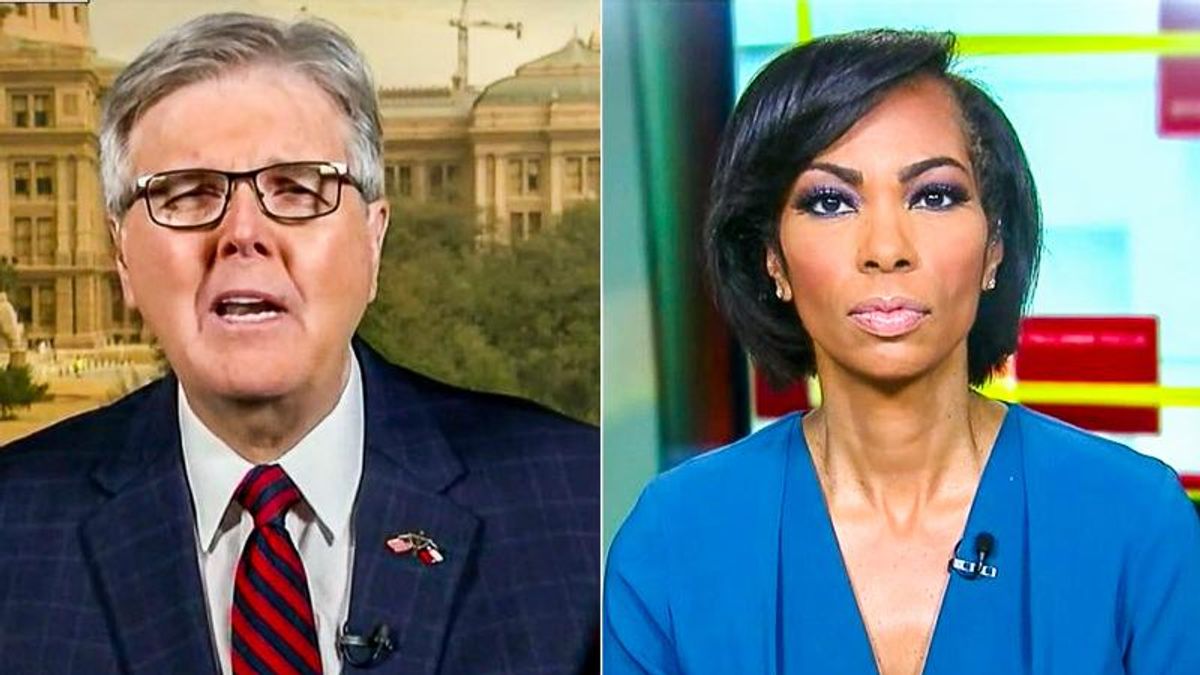 Texas Lt. Gov. Dan Patrick (R) this week blamed consumers who he suggested didn't "read the fine print" before being hit with massive energy bills during a recent winter storm.

In an interview on Fox News, Patrick responded to reports that consumers had seen bills as high as $17,000 to heat 900 square feet.

"I saw the story about the high bills," Patrick said. "Let me explain that. We have in Texas, you can choose your energy plan and most people have a fixed rate. If they had a fixed rate per kilowatt hour, their rates aren't going up."

"But the people who are getting those big bills are people who gambled on a very, very low rate," he continued. "But I've told those folks, do not panic. We are going to figure that out."

Patrick added: "But going forward, people need to read the fine print in those kinds of bills and we may even end that type of variable plan because people were surprised."