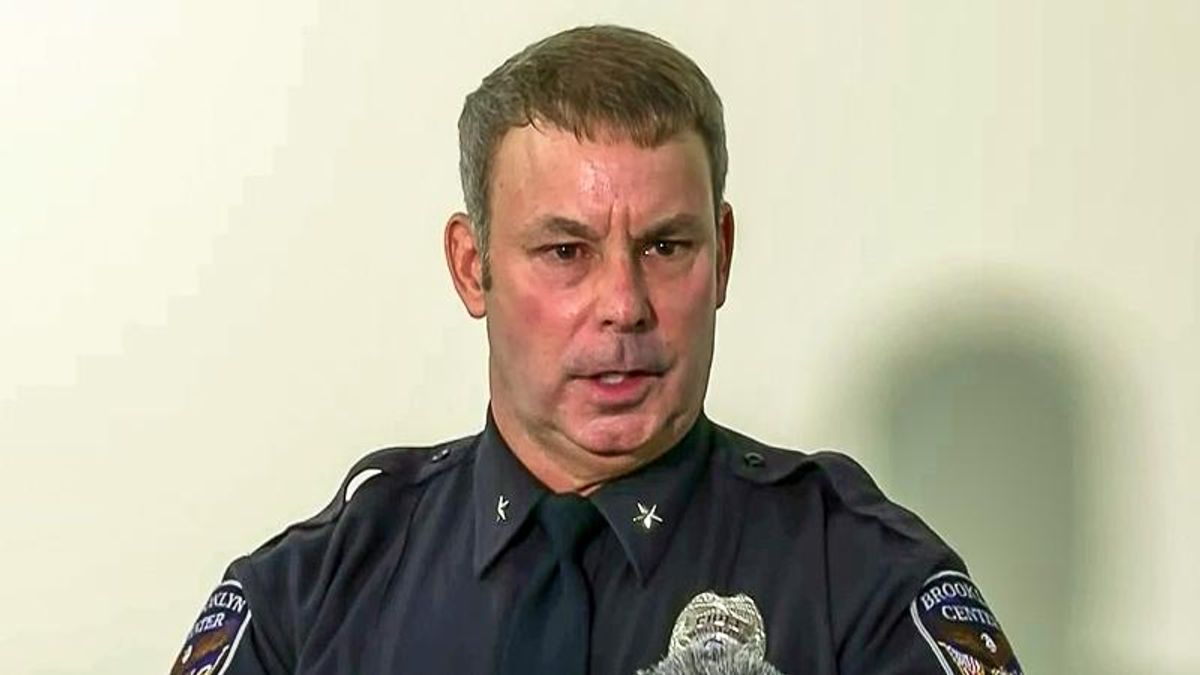 Brooklyn Center Police Chief Tim Gannon asserted on Monday that an officer who shot and killed 20-year-old Daunte Wright had done so accidentally.

At a press conference, Gannon presented video of the killing, noting that the officer had verbally indicated that a Taser would be deployed instead of a firearm.

"As you can hear, the officer while struggling with Mr. Wright shouts 'Taser, Taser' several times," Gannon pointed out. "That is part of the officer's training prior to deploying a Taser, which is a less lethal device. That is done to make her partners aware as well as the subject that a Taser deployment will be imminent."

"During this encounter, however, the officer drew their handgun instead of their Taser," he continued. "As I watched the video and listened to the officer's commands, it is my belief that the officer had the intention to deploy their Taser but instead shot Mr. Wright with a single bullet."

"This appears to me to me, from what I viewed and the officer's reaction and distress immediately after, that this was an accidental discharge that resulted in the tragic death of Mr. Wright," Gannon said.

The police chief also revealed that the officer had been put on administrative leave pending the outcome of an investigation.