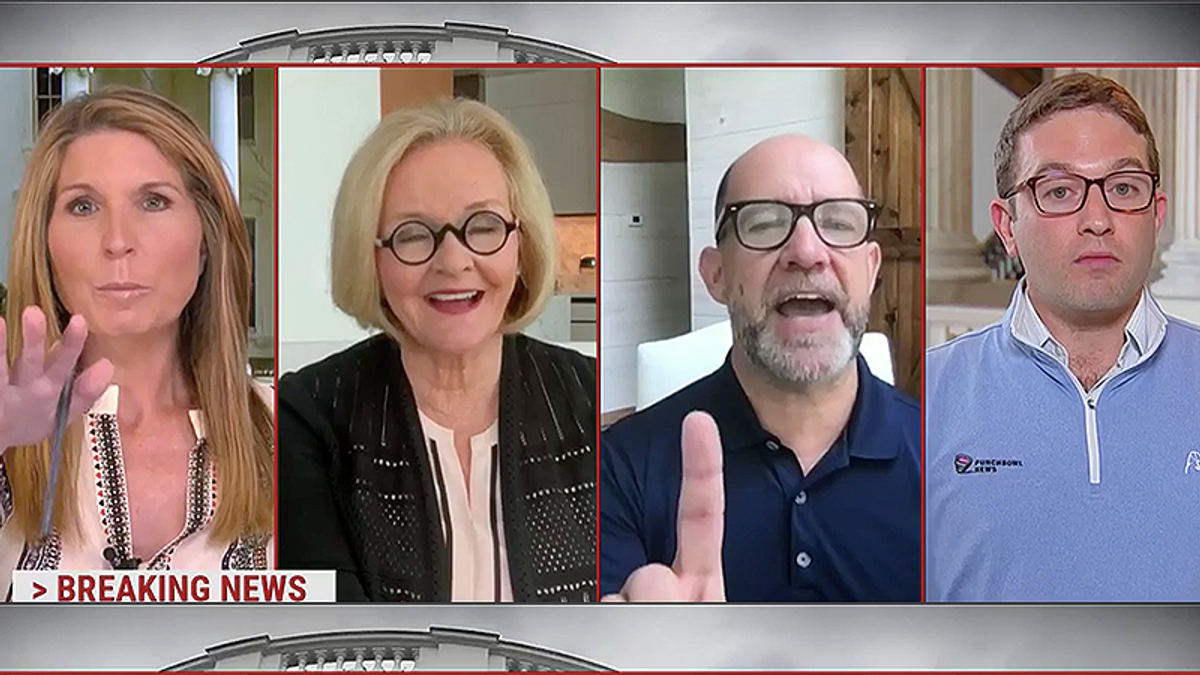 McCaskill began by threatening that progressives should back off of Manchin because he'll run into the "loving arms of Mitch McConnell" at even the hint of disagreements over the filibuster and voting rights. Sherman disagreed, saying that Manchin over and over again has said that he won't leave the Democratic Party regardless of the disagreements that he has with the party's voters. Manchin leaving the Democratic Party would also significantly diminish his power and control, putting McConnell in control, where Manchin is now the one that inadvertently runs the Senate.

But it was Dowd that called out Manchin for being an outright liar about his reasoning around opposing voting rights.

He explained that he understands Manchin, but he's being an outright hypocrite.

"You can't say 'This is who I am,' and then claim, 'I'm doing this for the sake of the country,'" said Dowd. "He is not. He is doing this for West Virginia or his status in West Virginia in this. Does he believe in the ideas? Of course. But we have to -- I think many of us have to point out by your belief in those ideas don't claim you're protecting democracy in the midst of this because you are not. I think that's the moment we are in so many fixes have to be in this but individuals matter. Joe Manchin, if he stood up and I agree that there are other people that he is protecting that wouldn't go for the filibuster but I know for sure a lot of those senators if Manchin said I believed in it but it doesn't work anymore because it's protecting -- a tyranny of minority those other senators would go along with it."

Sherman and McCaskill rushed to disagree. Sherman, in particular, said that from what he's heard from Senators, eliminating the filibuster would get maybe 40 votes, possibly even fewer. He explained that it'll never happen. An edit to the filibuster, to demand that there actually be a filibuster instead of just an empty threat might pass, but Sherman said that at the end of the day there would still need to be a 60-vote majority to pass legislation. What would be different, however, is that Republicans and Democrats would be forced to justify their positions in the public eye if they filibuster.

"If that is the case, then we have basically -- we have said that tyranny of the minority exists forever. If that's the case," said Dowd.

"Well then, we're no longer a democracy," said Dowd. "We have to just say it. We're not a democracy."

Dowd also lashed out at Manchin saying that he claims to demand bipartisanship for laws to pass the Senate, but those laws being passed at the state level to rob Americans of their ability to simply and easily cast a ballot aren't being done in a bipartisan way. Manchin wants a bipartisan solution to a partisan problem.

See a piece of the segment below: