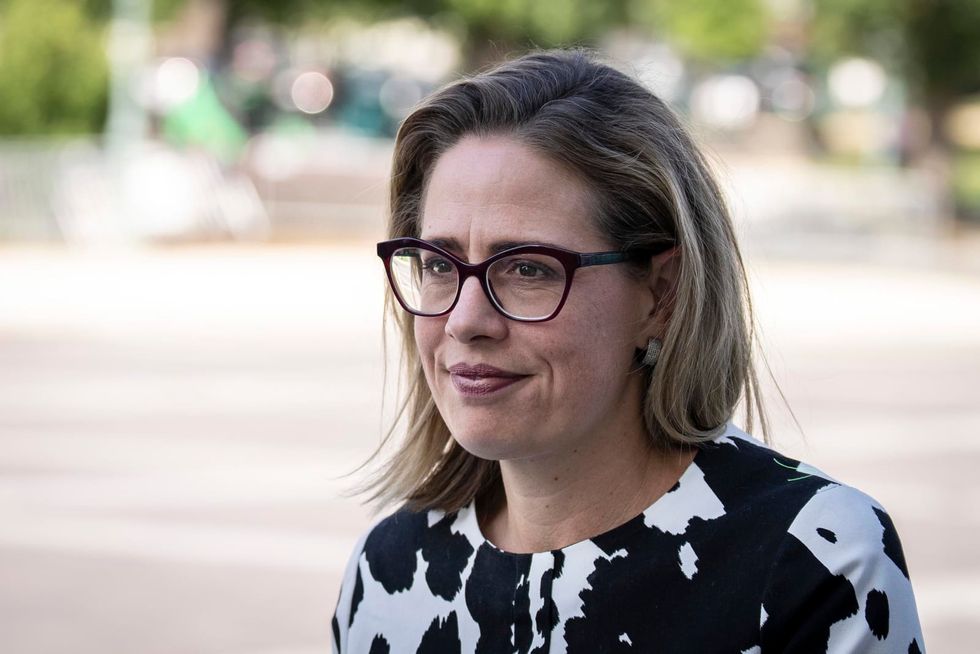 Sen. Kyrsten Sinema, D-Ariz., traded compliments with Senate Republican Leader Mitch McConnell, R-Ky., on Monday, raising fresh questions about her political future. Speaking at an event sponsored by McConnell’s foundation, Sinema gushed about her relationship with the man despised by most Democrats as the most prominent roadblock to their domestic agenda. “Sen. McConnell and I have forged a friendship, one that is rooted in our commonalities, including our pragmatic approach to legislating, our respect for the Senate as an institution,” Sinema said. McConnell was equally unstinting in his pra...