Former GOP House speaker agrees to settlement with man whom he allegedly molested as a child: report 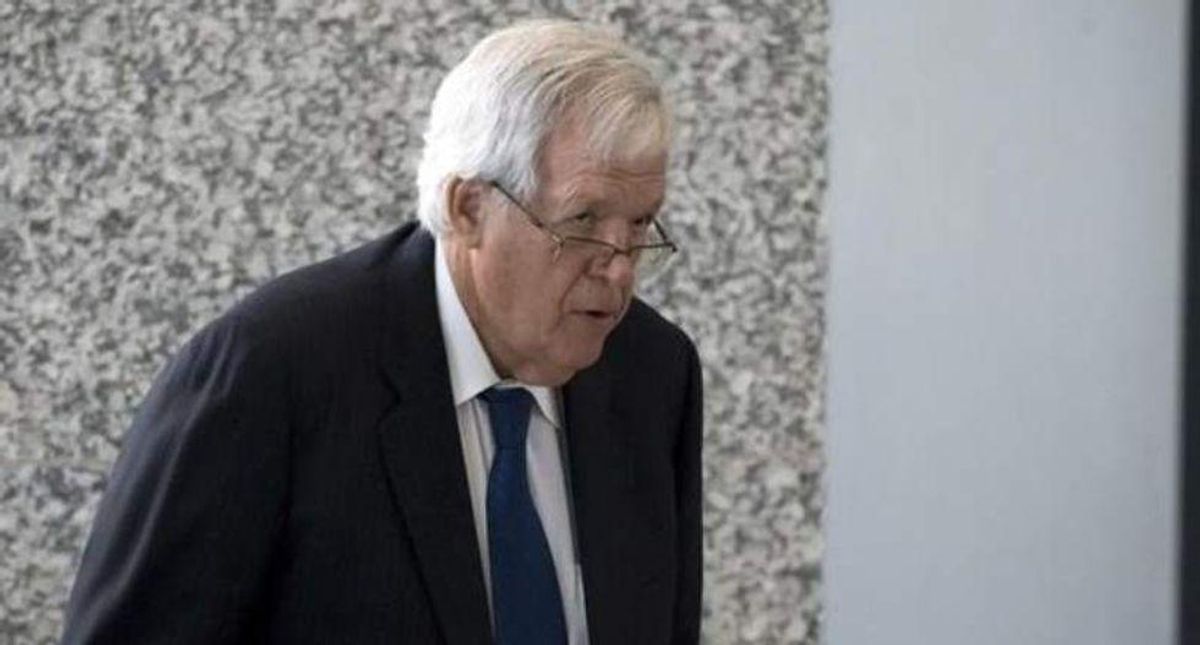 On Wednesday, CBS 2 Chicago reported that former House Speaker Dennis Hastert (R-IL) has agreed to a "tentative" settlement with the man who alleges he paid him off to cover up child sex abuse.

"The man, referred to only as James Doe in filings, brought the breach-of-contract lawsuit in 2016 in a bid to force Hastert to pay the unpaid balance of the hush money, nearly $2 million. Hastert's lawyers said the 2010 deal was void after Doe spoke about it to others," said the report. "A Kendall County judge ruled last week that the defendant would be named in court if the case went to trial this month."

Doe alleges that in the 1970s, Hastert, then a wrestling coach at his high school in Yorkville, Illinois, sexually abused him when he was a student athlete. Doe was one of multiple athletes Hastert was accused of molesting. Hastert has argued his innocence, claiming he was treating Doe for a groin injury, but has admitted in court to "mistreating" and "taking advantage of" athletes.

While Hastert could not be prosecuted for abuse due to the statute of limitations, he was nonetheless convicted on bank fraud charges for his hush payments to the victims, and in 2016 was sentenced to 15 months in prison and required to register as a sex offender.