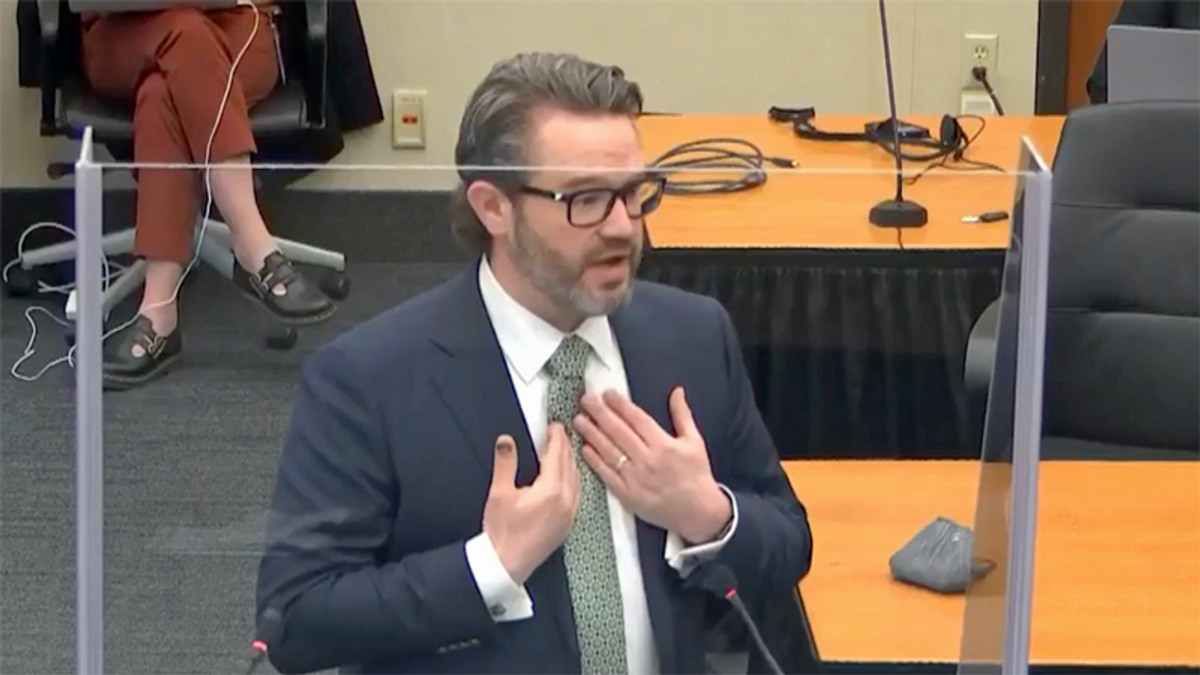 "Ayman, not so much on the merits of the case but as a matter of trial advocacy, this closing statement by the defense is an epic fail," Butler said.

"It's rambling, it's incoherent at times, and it's way too long. The jury wanted to go to lunch, probably an hour ago," he explained.

"Traditionally, prosecutors and defense attorneys don't object in closing statements. The judge doesn't interrupt because you want the chance to tell a complete story," he explained. "But, my goodness, hours and hours, I don't think this is a good look for the defense."

"Yeah, I was going to say, two-and-a-half hours by our clock and then some," Mohyeldin noted.

That analysis may have been confirmed by one of the pool reporters allowed inside the courtroom, according to MSNBC reporter Shaquille Brewster.

The pool reporter also said the defense attorney appeared to be "reading the faces of the jurors" when apologizing for being long-winded.