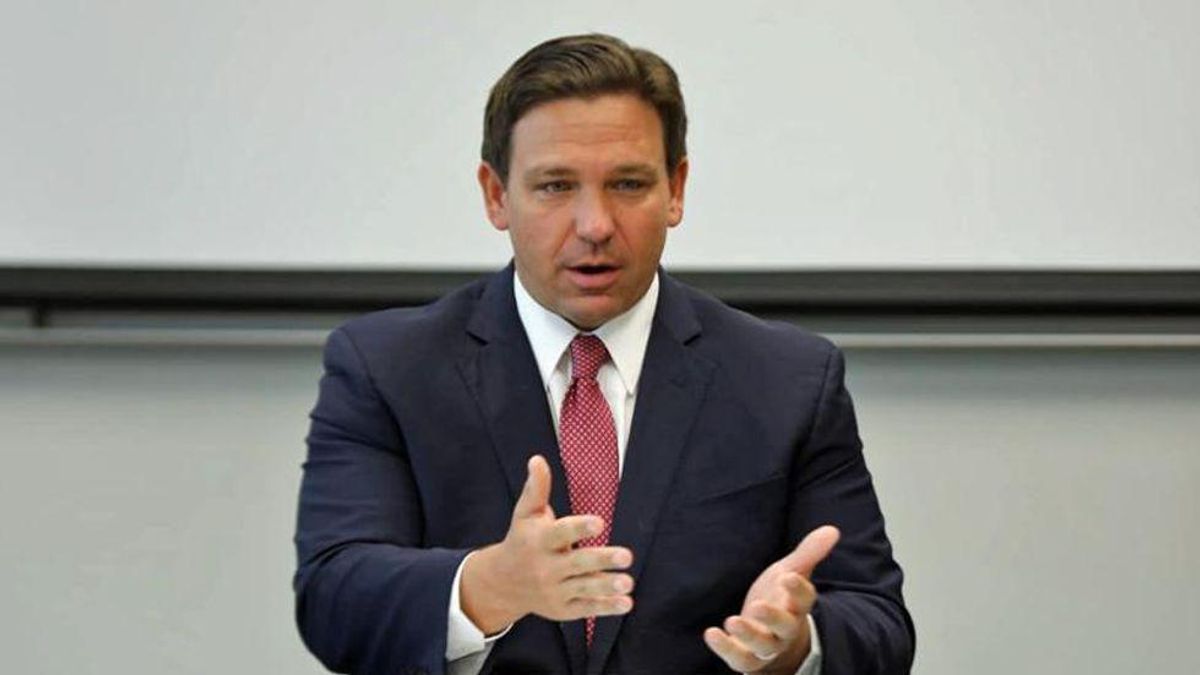 The DeSantis administration is pushing back big against an Associated Press report about investments by a major donor in a COVID-19 therapy that the governor is promoting heavily in appearances across the state.

This article was originally published at Florida Phoenix

Gov. Ron DeSantis himself, during a Wednesday news conference in Pembroke Pines, suggested a nefarious motive behind the report.

“It's important to point out because there's so much nonsense that gets put out there — there's a lot of misinformation put out, unfortunately, by a lot of corporate press: This treatment for patients is free. You come in and you get it," the governor said.

Earlier, DeSantis spokeswoman Christina Pushaw mounted a vivid Twitter attack against “media-enabled Regeneron disinformation" that she said fueled rumors that people had to pay for the treatments.

The Phoenix could find no published reports documenting any such dissuasion. The governor's press office has not yet responded to a request for evidence.

It also reported: “The federal government is paying for the monoclonal antibody treatments and patients aren't being charged for the antibody cocktail."

Meawhile, Florida's Delta surge threatens to overwhelm hospitals and local school boards are rebelling against the governor's dictate that they cannot require students to wear masks while indoors if their parents or guardians object.

Regeneron makes a monoclonal antibody treatment that has proven successful against COVID-19 if administered soon following an infection.

DeSantis, who opposes forced vaccination or mask-wearing in the fight against the virulent Delta strain of COVID, said Wednesday that a distribution network for the therapy would soon offer 300 doses per day at as many as 20 sites in the state. Doses are targeted at patients at high risk because of advanced age or underlying health conditions. He said Regeneron's product is most efficacious against Delta.

The AP story quoted Pushaw refuting social media buzz among Democrats suggesting something was untoward about the DeSantis-Griffin relationship:

“Claiming that there is somehow 'corruption' by promoting the baseless political narrative that Governor DeSantis supports Regeneron over COVID vaccines (completely false, but that is another topic) is not even logically consistent when you examine the SEC filing," Pushaw said in an email. “Citadel holds far more shares of Pfizer and Moderna than Regeneron."

DeSantis brought the matter up himself during his press conference:

“There's always people trying to put political agendas, partisan narratives, regardless of facts, trying to gaslight people, trying to pursue their own interests, even if it's not going to be helpful for people — even if it may dissuade someone from seeking a life-saving treatment," he said.

“This is no place for those phony narratives, for political posturing, or for partisanship."