DeSantis loses again in lawsuit over his schools mask-mandate policy 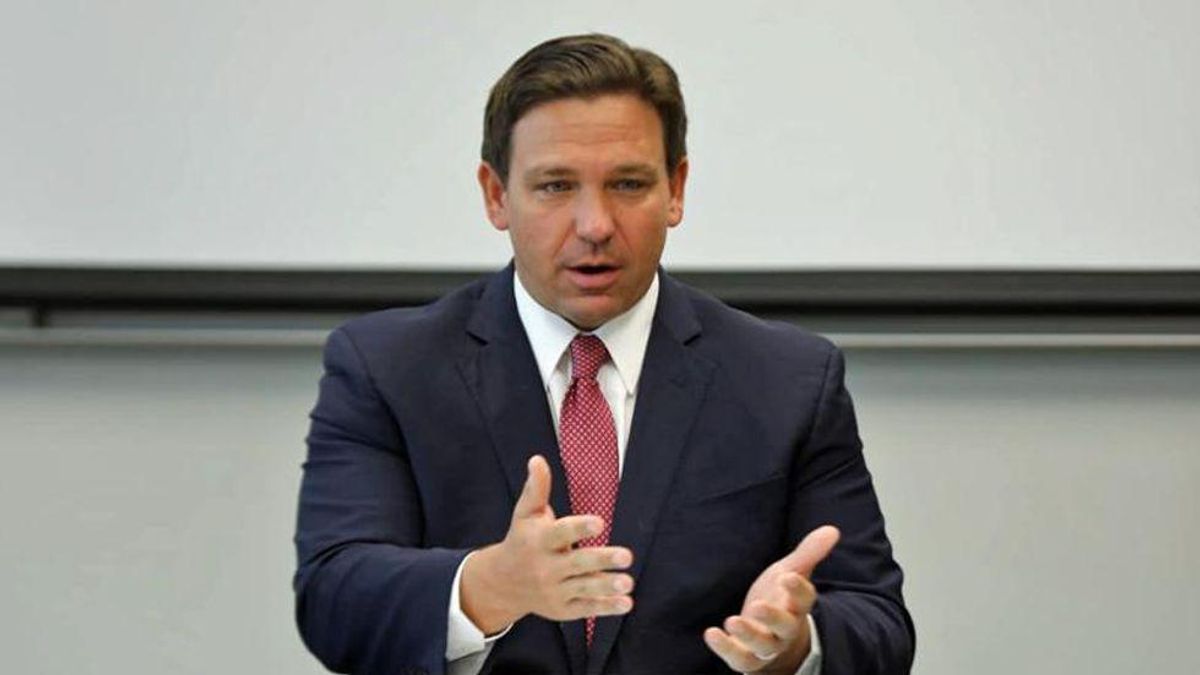 A state trial judge has cleared Florida school districts to enforce strict mask mandates for students until a state appeals court can decide whether the DeSantis administration holds authority to enforce a parental veto over masks.

Leon County Circuit Judge John Cooper had ruled last month that the governor abused his authority in ordering the state Department of Health and Department of Education to punish districts that limited parental discretion over mask wearing.

On Wednesday, Cooper followed up by lifting a stay against enforcing that earlier ruling. A stay is a procedural hold designed to preserve the legal status quo pending an appeal. Unless the DeSantis administration persuades a higher court otherwise, the move blocks it from enforcing the governor's policy.

“This case has generated a lot of heat and a lot of light. But the bottom line is: This case is about enforcing the laws the Legislature passed," Cooper said. “That, and the pandemic situation that we are in — why I think setting aside this stay is appropriate. And so I hereby make that effective immediately."

The action shifts now to Florida's 1st District Court of Appeal, an intermediate state appeals court that hears cases arising from disputes over state government actions. DeSantis has expressed optimism that he'll prevail there — or, if not there, before the Florida Supreme Court, which he has packed with conservatives.

Judge Cooper referred to Florida's Parents' Bill of Rights, signed into law by DeSantis, which gives parents the right to control, among other things, health care decisions for their children. DeSantis cited that language in issuing an executive order allowing parents to opt out their children from a school mask mandate for any reason.

The Department of Health adopted a rule enshrining the governor's policy, and the Department of Education has been begun enforcing it by withholding state money from local school boards that have rebelled against the directive. At least two districts — Alachua and Broward — have seen local board salaries withheld. Overall, 12 school districts and a lab school have stuck with strict mask mandates, despite the administration's policy.

On Aug. 27, Cooper ruled that the governor had actually violated the Parents' Bill of Rights because it gives government entities authority to override parents' rights if “such action is reasonable and necessary to achieve a compelling state interest and that such action is narrowly tailored and is not otherwise served by a less restrictive means."

Cooper signed a written version of his ruling on Sept. 2, and the DeSantis administration immediately filed a notice of appeal with the 1st District.

Under state court procedures, that triggered an automatic stay against enforcing Cooper's order pending appeal; Cooper explained Wednesday that court policy is to defer to government action as a general rule until a higher court can rule in such cases.

However, court procedures allow trial judges to lift automatic stays if they find that delaying an order would cause irreparable harm to its beneficiaries and the other party has little chance of winning on appeal. Both circumstances apply here, he said.

“It seems to me, based on the evidence I've heard, that there's no harm to [the administration] if the stay is set aside," Cooper said.

“There's nothing in my final judgement that prevents [the administration] from enforcing the full Bill of Rights. I'm just saying you can't enforce part of it."

He cited the existence of the pandemic and heightened danger from the highly infectious Delta variant to children, who are not eligible for vaccination if younger than 12 years.

He conceded the situation is novel.

“I don't know of any case — and I've not had any pointed out to me — where a court had to deal with a nondisputed pandemic situation with threats to young children who, at least based on the evidence, arguably had no way to avoid this except to stay home and isolate themselves. I think everybody agrees that's not good for them," Cooper said.

A group of parents who filed the civil complaint argued the governor's policy would leave their children exposed to infection from unmasked children. The districts with mask mandates generally allow exceptions only if certified by a medical doctor. In his ruling on the merits of the parents' case, Cooper concluded their right to protection trumped those of parents who opposed masking.

School boards throughout the state have insisted their policies are justified in defenses filed with the department of education.