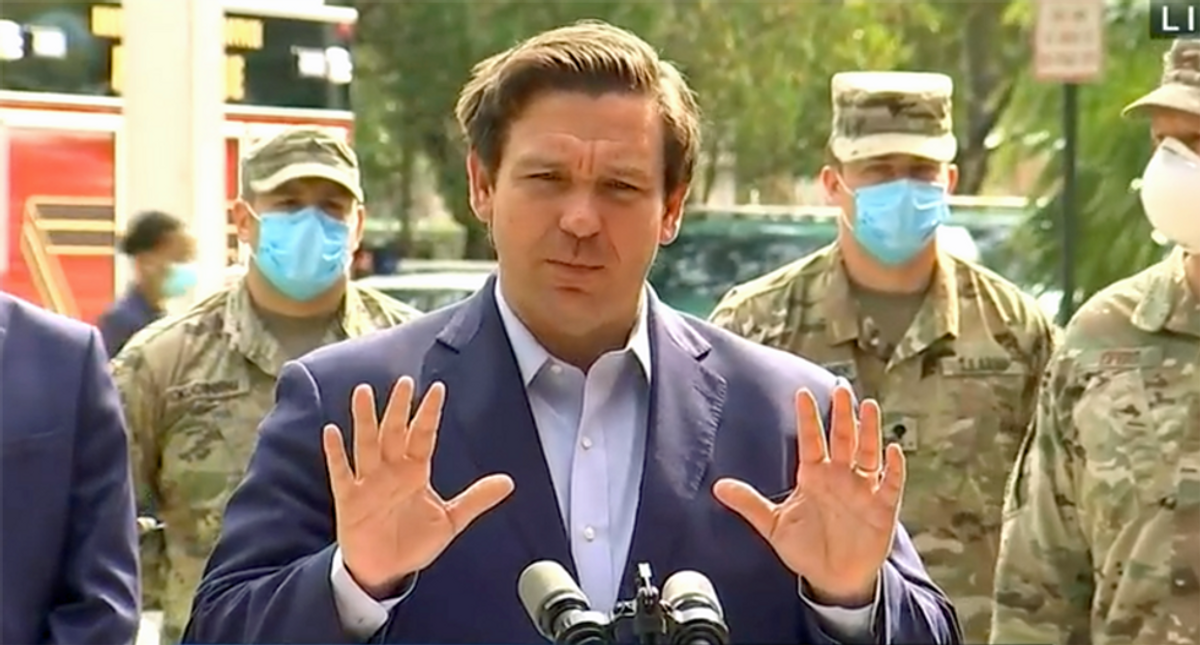 Melber accused the Florida governor of exploiting the deadly pandemic by selling merchandise on his website about his COVID efforts and attacking Dr. Anthony Fauci.

"They're hocking t-shirts as well as coozies," he said. "For a governor in the middle of a deadly virus, the first point here would be, grow up."

Melber called out DeSantis for making Dr. Anthony Fauci into his punching bag, and he said that if DeSantis had taken Fauci's advice, "there would be fewer people fighting to breathe in hospitals in Florida, fewer people dead in Florida."

Melber then explained a lot of those who are fighting to breathe in Florida are little children, as the state now leads the country in pediatric hospitalizations of children.

"What he's doing is a MAGA-style trolling exercise in the middle of a deadly outbreak," Melber continued. "He literally tried to ban any verification process to find out who's vaccinated. That just comes down to information. So, he's the one trying to in a very 1984-style way, restrict information while claiming he's for liberty and freedom. How do you know that's over the line? I'll give you one piece of reasoning. A federal judge recently blocked Florida's attempt to ban that kind of vaccine information saying that vaccine documentation or passports cannot just be banned outright by the state. It's not like Gov. DeSantis can stop private enterprise. Well, he tried to do that, too."

Melber then welcomed Dr. Howard Dean to talk about the political calculations of DeSantis. According to him, the Florida governor has no chance at running for president because right now he can't even win his own state.