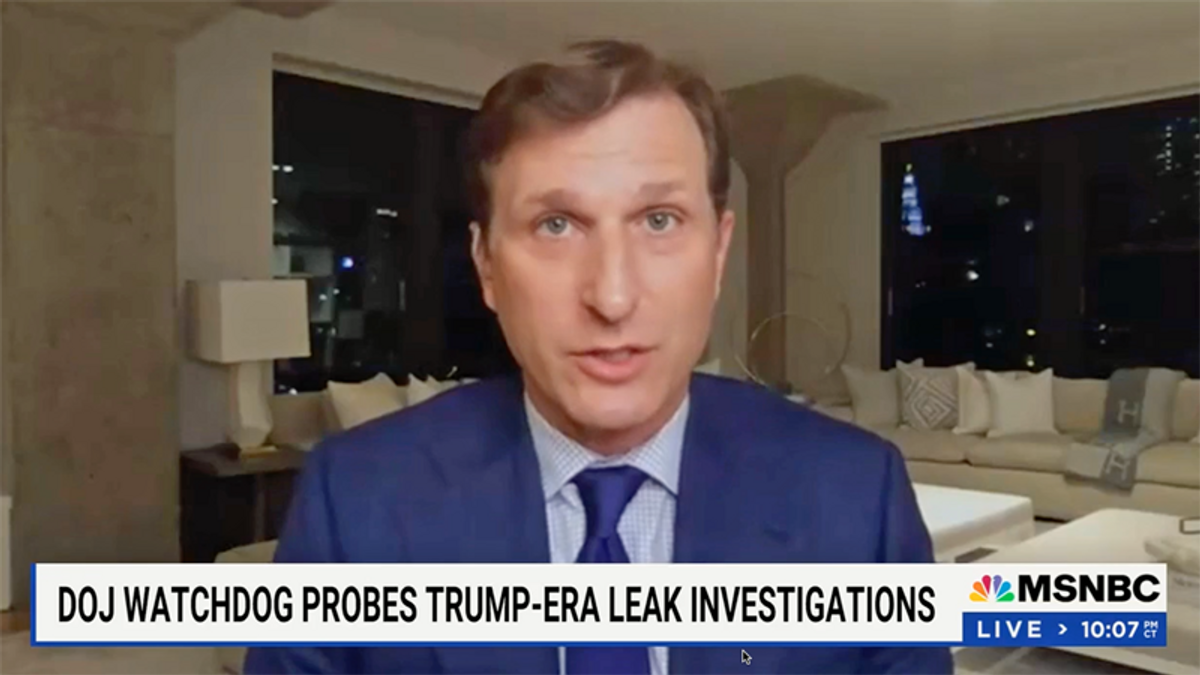 "It's because of your resume that we asked you to be on tonight," Williams said. "So you are both a DOJ veteran and worked closely with [Intel] Chairman [Adam] Schiff -- for all we know your name is on one of these lists and your data has been shared. What is your personal reaction to story and can you explain why this is such a deadly serious matter?"

"It's not for a lot of the reasons others have said. I think the Department of Justice has every right, broadly, to investigate crimes," he explained. "But knowing the people who received these subpoenas or whose records were sought through these subpoenas, I find it very hard to believe that there was any legitimate and real and credible evidence that would have led an objective prosecutor to issue these grand jury subpoenas. And that means that it was a purely political hatchet job, if that's accurate."

"Now, we haven't seen what the basis was for the investigation for the subpoenas," he continued. "Apparently, according to reports, Chairman Schiff's office has requested that information and the Department of Justice has declined to give it to them thus far."

"I'm suspicious as to what's behind there and I'm somewhat suspicious of my colleagues on the other side of the aisle within the House Intelligence Committee and whether they were part and parcel of providing the telephone numbers, some of these email addresses, to the Department of Justice," he explained. "Because they would have had access to more of that information than just about anyone, as the majority staff for the House Intelligence Committee."