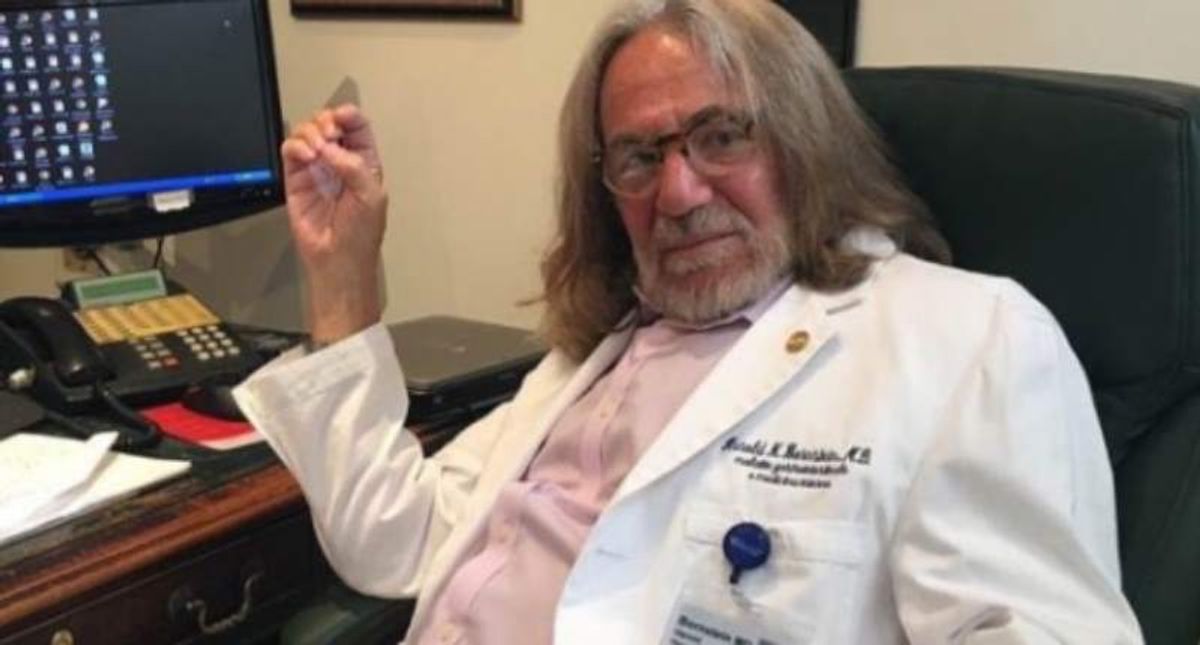 Dr. Harold Bornstein, the longtime physician for President Donald Trump who infamously praised the president for having "extraordinary" levels of "physical strength and stamina" has passed away at the age of 73 years old.

The New York Times reports that Bornstein died this past Friday from undisclosed causes.

The Times' report describes Bornstein as "loquacious, hirsute and eccentric," and notes that "he had inherited Mr. Trump as a patient from his father, Dr. Jacob Bornstein."

Bornstein was first thrust into the national spotlight when he wrote a letter during the 2016 presidential campaign claiming that Trump would "be the healthiest individual ever elected to the presidency" thanks to the purported fact that "his physical strength and stamina are extraordinary."

Although the physician had at one point hoped to be named as Trump's personal White House physician, he was cast out of the president's inner circle after he told the Times in 2017 that the president was taking hair growth medication.