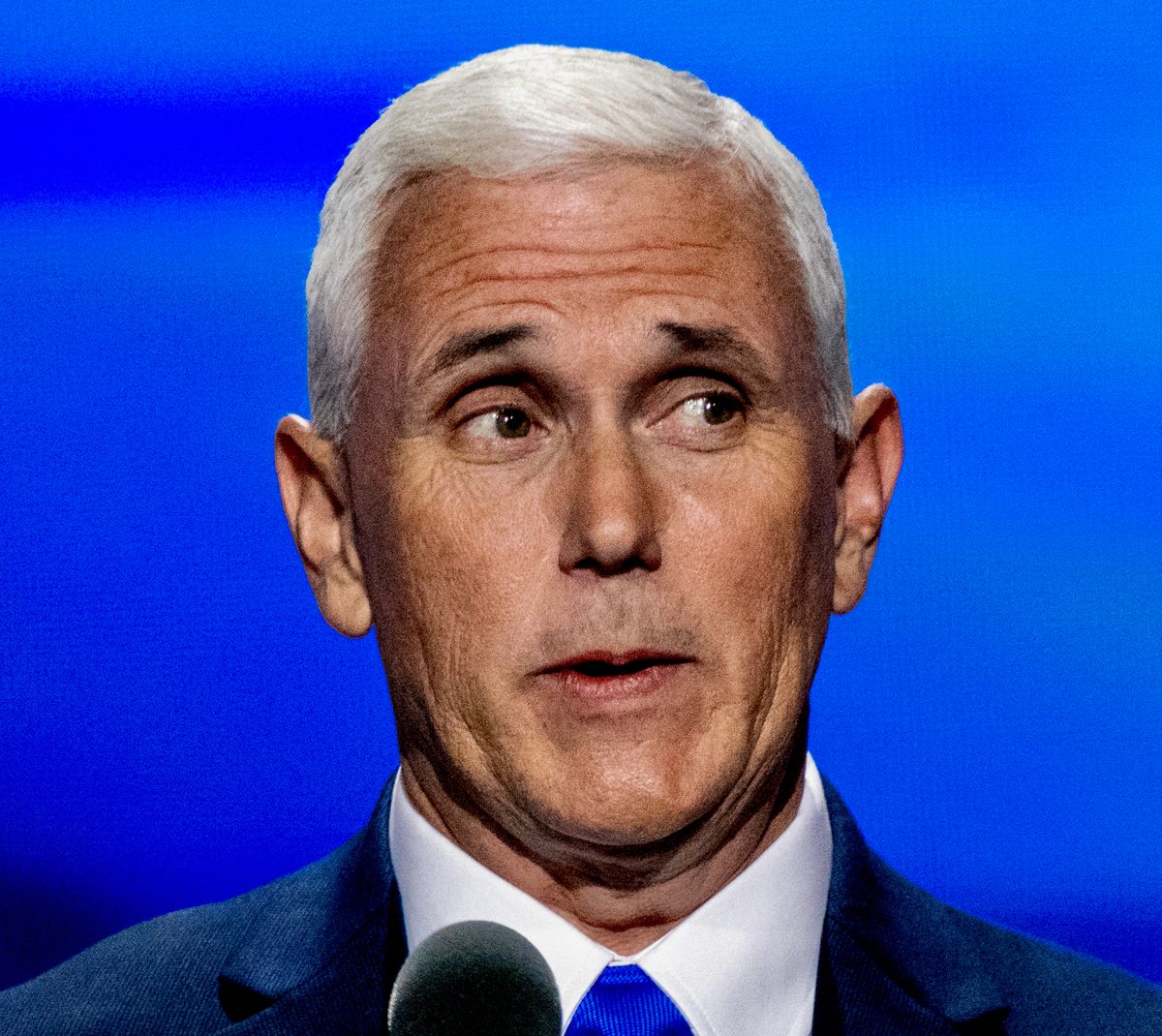 Troye, in her Bulwark article, writes, "Does Mike Pence have a death wish? Not two months have passed since an armed, violent mob stormed the Capitol chanting, 'Hang Mike Pence,' erected a gallows, and forced the Secret Service to rush the then-vice president to safety — all because he had refused to overturn the 2020 election…. And yet! In an opinion piece for the Daily Signal, his first public statement since leaving office, Pence implicitly endorsed the exact lies and conspiracy theories that motivated his would-be murderers."

Troye notes that Pence, in his Signal op-ed, "never alleges that there was widespread voter fraud or an organized campaign or scheme to steal the election, because he knows that's not true."

"Instead," Troye writes, "he wallows in the vagaries of 'significant voting irregularities' and 'integrity,' surely knowing that the people who believe the Big Lie about the election will assume he's talking about how Hugo Chávez and Dominion conspired to overturn a landslide victory…. Does he have Stockholm syndrome?"

"I worked for Pence from May 2018 to August 2020," Troye recalls. "When the White House formed the coronavirus task force, I was the vice president's chief COVID-19 staffer. I interacted with him regularly, and I have a pretty good idea of his character. Pence isn't evil. He's weak."

The Bulwark humorously illustrates Troye's piece with an illustration that depicts Pence as the Cowardly Lion in the 1939 film adaptation of "The Wizard of Oz." And Troye alludes to the Harold Arlen standard "If I Only Had a Brain," which was used in that movie, by saying that Pence could make a positive difference in the GOP if he "only had some bravery."

Troye writes that when Pence faced "political pressure" from the Trump White House during the coronavirus pandemic, he "twisted statistics and trends to make the outlook for the course of the pandemic seem much less serious than we knew it to be."

"Under just a little pressure, he crumbled like a blueberry muffin," Troye laments. "That's the most disappointing thing about Pence…. He could be perfectly positioned to debunk the Big Lie, to breathe some fresh air into the MAGA base of the party, and to become a champion for freedom and democracy both in the United States and around the world. If he only had some bravery."