‘Does quarantine not apply to senators?’: Ted Cruz blasted for Garland questions – and for going to DC after Cancun 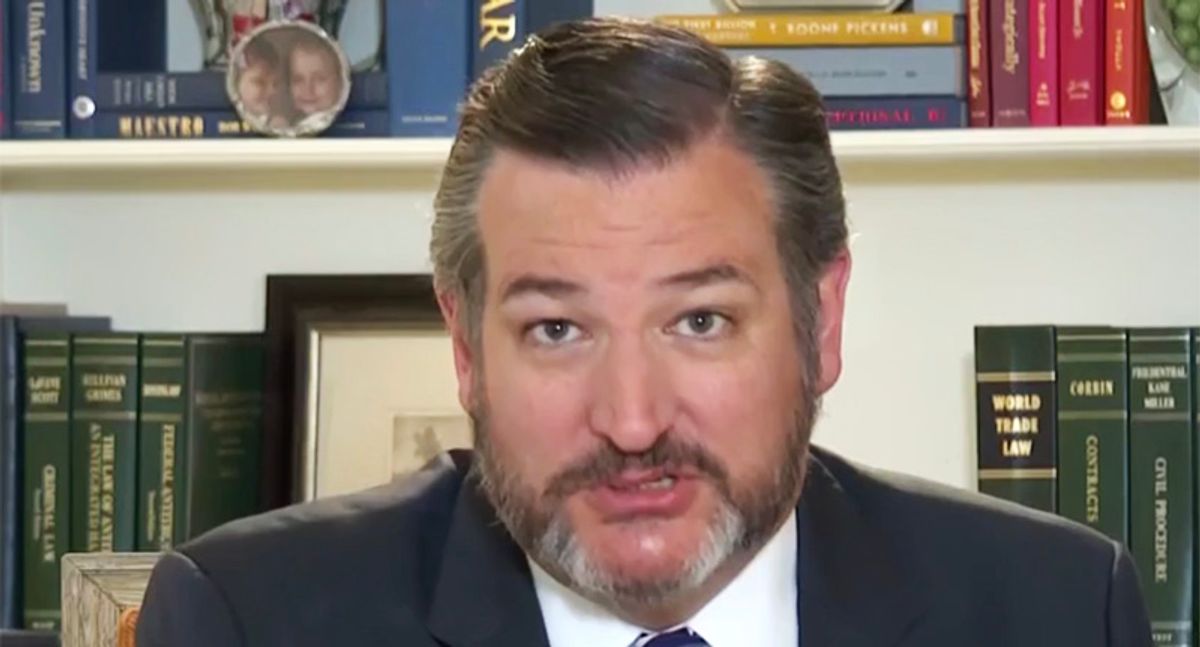 U.S. Senator Ted Cruz is once again under fire, this time for traveling to Washington, D.C. to attend the Judiciary Committee's confirmation hearing of Biden Attorney General pick Merrick Garland, and for his line of questioning as well. The Texas Republican first came under fire for traveling to Cancun, Mexico last week while millions of his constituents were without electricity, heat, and running water.

Cruz returned on Thursday, after falsely blaming his children for his Mexican vacation (while leaving the family dog at home in a cold house.)

But CDC guidelines are very clear on what Americans should be doing – including warning that no one should travel to Mexico at all, given its high rate of coronavirus in the population.

"Travelers should avoid all travel to Mexico," CDC states.

"Before traveling back to the United States by air, get tested with a viral test no more than 3 days before your flight departs. The test result must be negative," it adds. Cruz's office says he has been tested and it came back negative. It did not specify which test Cruz took. Some, like the ones the Trump White House used, are only designed to detect coronavirus infection in those displaying symptoms.

Yahoo News reports "essential workers like lawmakers are allowed to continue doing their duties if they are symptom-free," but as many noted, this is just one more example of Cruz putting himself ahead of others.

Cruz also came under attack for the extreme partisanship and politicization of his questions of Merrick Garland, who, as President Barack Obama's nominee to fill a Supreme Court seat was denied that chance when Republicans refused to even hold hearings on his nomination.

Sen. Cruz all but charged President Joe Biden with a "future crime," saying he is certain Biden will politicize the Dept. of Justice. Many were stunned, given there is no reason to believe that, and that Cruz was silent when President Donald Trump did for four years.

Here are some responses: