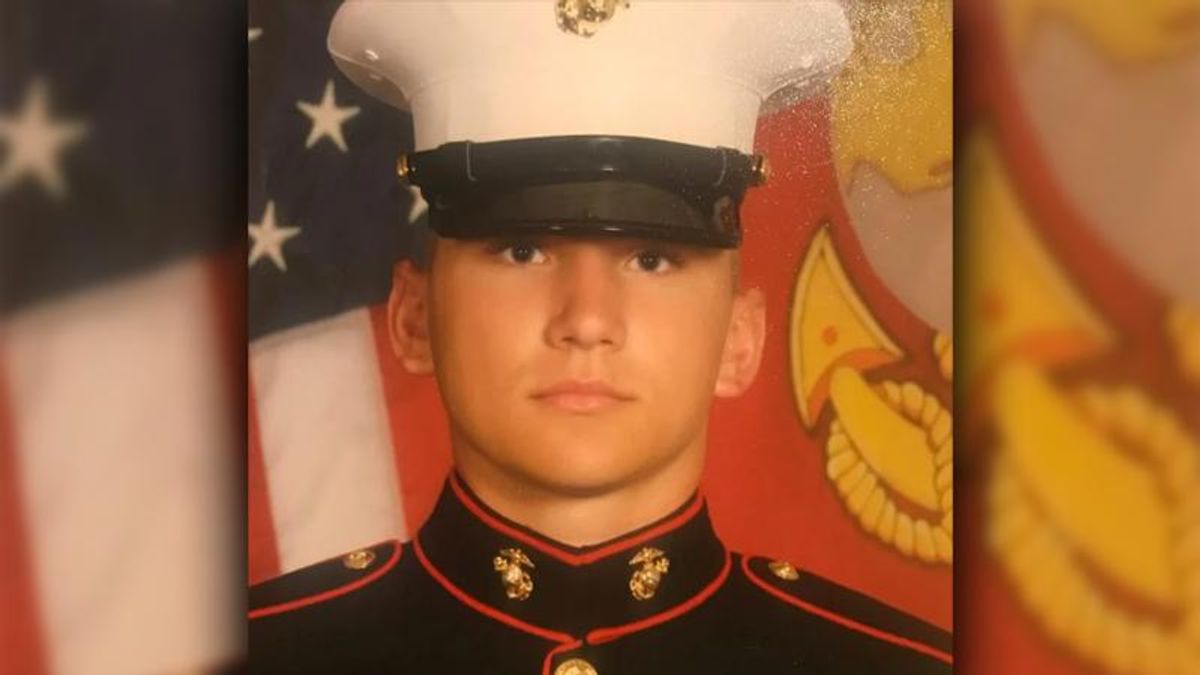 The Daily Beast reported Tuesday that a lower-level Marine was serving in the American armed forces while plotting to blow up the Democratic National Committee headquarters.

He obviously isn't the first. There was an individual who left bombs at the DNC and the Republican Party headquarters on Jan. 6, in an effort to distract police from the attacks on the Capitol.

"USMC Private First Class Travis Owens and his partners in the unrealized murder plot were influenced by Timothy McVeigh, the former U.S. Army soldier behind the 1995 Oklahoma City bombing that left 168 people dead and injured nearly 700," the Daily Beast reported about the story. He has ties to the neo-Nazi group Atomwaffen.

Speaking on MSNBC Wednesday, Righteous Media founder Paul Rieckhoff, who served in Iraq as a member of the 3rd Infantry, explained that Owens isn't the only one who idolizes domestic terrorist Timothy McVeigh, who was executed in 2001. According to him, it's prevalent across the military.

"I read this with horror," confessed MSNBC host Nicolle Wallace. "Is this flashing red? Not to overuse that term that I've come to use for the threat of domestic violent extremism. Is it flashing red inside the military?"

Rieckhoff answered, unequivocally, it is.

"Yes, and it was flashing red a year ago, two years ago," he explained. "This is the number one national security threat in America. I've been saying that for years, others have been saying that for years. Domestic extremists, who can plan to attack not just the federal government, but local government and American citizens — this is the new war on terrorism. We used to fear al Qaeda or ISIS bombers. Now we fear guys like this. It only takes one. It just takes one Timothy McVeigh. It takes one active duty marine to inflict mass casualties and serious damage. So, this is something the military was slow to recognize. Policies were slow to change. And folks have fallen through the cracks. We'll never know how many others we don't know about. The FBI, CIA, whoever else has caught some of these guys and gals, maybe they're behind bars somewhere else. It only takes one. The FBI is still hunting many of them that were part of Jan. 6th. This is the number one flashing red light for the Pentagon, for the president, and I hope for all Americans."

Iraq veteran warns of 'flashing red light' about terrorists who have infiltrated the US military www.youtube.com