Pennsylvania Capitol rioter who attacked cop has a history of violence against women accusations: report 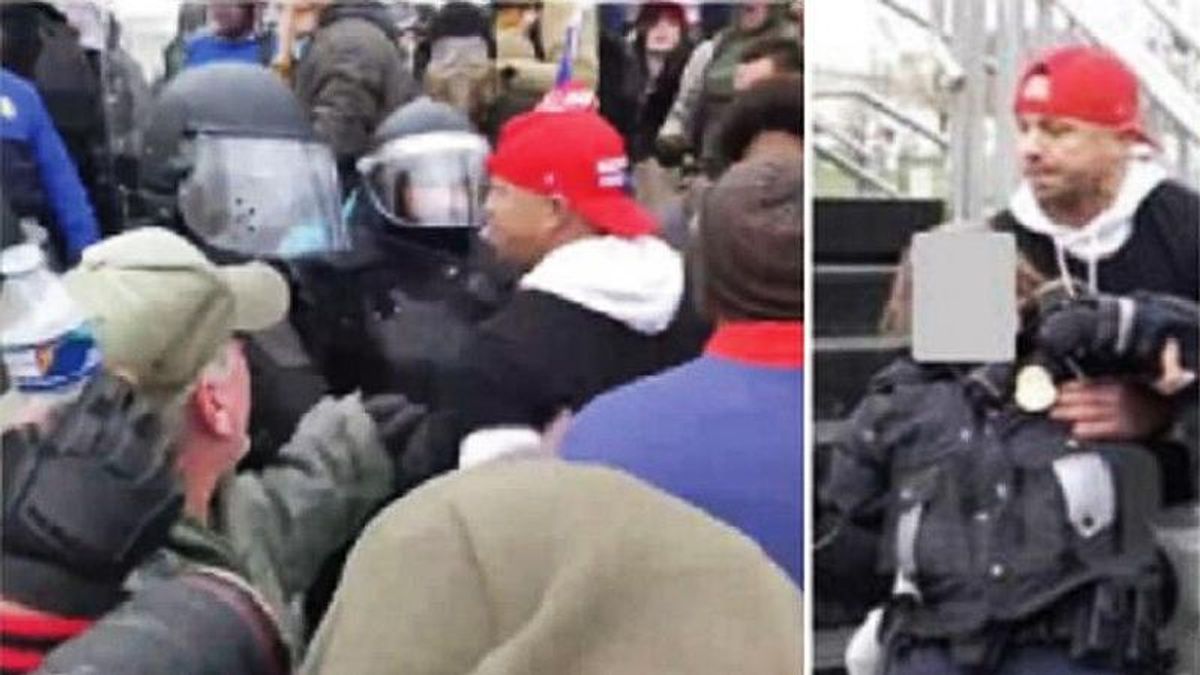 On Wednesday, The Daily Beast reported that Ryan Samsel, a Capitol rioter from Pennsylvania accused of concussing a Capitol Police officer while trying to force his way into the building, has a history of accusations of rape and assault of women.

The allegations were raised by prosecutors while justifying his continued incarceration pending trial — even though he has been assaulted in prison.

"In Tuesday's motion, prosecutors acknowledged the severity of the alleged incident — but urged a judge to keep him in detention because his release would be an immediate threat to the public," reported Pilar Melendez. "To prove their point, the motion details Samsel's alarming history of violence, including one incident in 2006 when he ran a woman off the road because she owed him $60. After the woman pulled over, Samsel 'approached her vehicle and punched her windshield, telling her he knew where she lived and would kill her if he didn't get his money,' prosecutors said. He was ultimately convicted of terroristic threats, reckless endangerment, and disorderly conduct, the motion states."

"A year later, Samsel allegedly got into another man's car and began beating him without warning. When cops showed up, Samsel's victim had missing teeth and a bloody face, the motion states," said the report. "In 2009, Samsel was also convicted of assault and reckless endangerment 'after he held a victim against her will for five hours, choking her to the point of unconsciousness, pushing her, beating her, and chipping her teeth,' prosecutors stated. Three years later, Samsel was convicted on similar charges for allegedly 'choking and beating his pregnant girlfriend.'"

The report continued: "'The allegations of that assault involved Samsel smashing a hot pizza in the victim's face, beating the victim, pouring a beer over her head, and eventually throwing her into the canal, where he then hopped down and held her head under,' the motion states. 'When Samsel finally stopped holding her, the victim ran into the street barefoot and found a police vehicle. She desperately tried to open the door of the vehicle and the officer saw her and unlocked it so she could get in.' After the incident, the motion states that Samsel's pregnant girlfriend changed her story 'because she was terrified of him.' Samsel was also convicted of choking another woman to the point of unconsciousness — and hitting her so hard she had a hematoma — in 2015. Another woman came forward to police in 2019 with a similar story, alleging 'Samsel raped her multiple times and that she had often been scared he would kill her.'"

Samsel is not the only Capitol rioter who has exhibited an apparent ongoing danger to people around him. One man from Texas told his children they had better not turn him in for rioting at the Capitol because "traitors get shot."