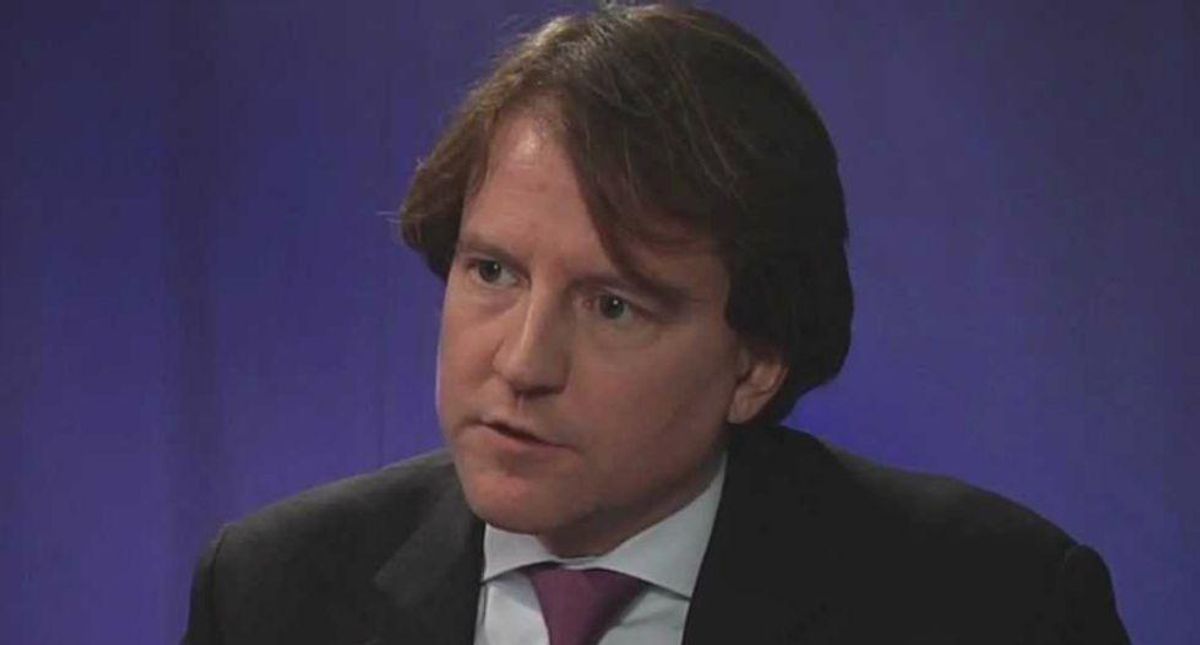 "So we're going to do a top five list today, just half of what David Letterman would do, the top five reasons why Don McGahn's testimony before Congress today was actually pretty important," Kirshner said.

"Number five is the substance of what Don McGahn had to say. We know what he had to say because it was reported that he would be testifying about the public portions of the Mueller report," he explained. "So what did Don McGahn have to say? Well, he said Donald Trump directed him to fire Bob Mueller — to fire the man who was investigating Donald Trump for possible criminal activity."

"Why is the substance of that testimony important? Well, because it actually provides both things you need to convict somebody — to convict Donald Trump of obstructing justice — a criminal act and a guilty state of mind," he said.

"Number four, it's not hearsay," he said. "That's not just something recorded in the Mueller report, that is a first-hand, sworn account, under oath. That is a transcript of Don McGahn that can be used in a court of law in any number of ways, so that is important."

"Number three, the information was related by Don McGahn, former White House counsel who — regardless of what you think of his politics — is generally regarded as a truth teller. So it's coming from a credible source," he said.

"Reason number two, why Don McGahn's congressional testimony today was important: because Bill Barr can't spin it," he said. "He can't lie about it, he can't cover it up, the way he spun, lied about, and covered up what was in the Mueller report."

"And the number one reason why today's congressional testimony by Don McGahn about Donald Trump's obstruction of justice is important, is because Congress will be able to use it to make a criminal referral of Donald Trump to the Department of Justice," Kirschner said.