Trump is about to lose $7 million in rental cash: report 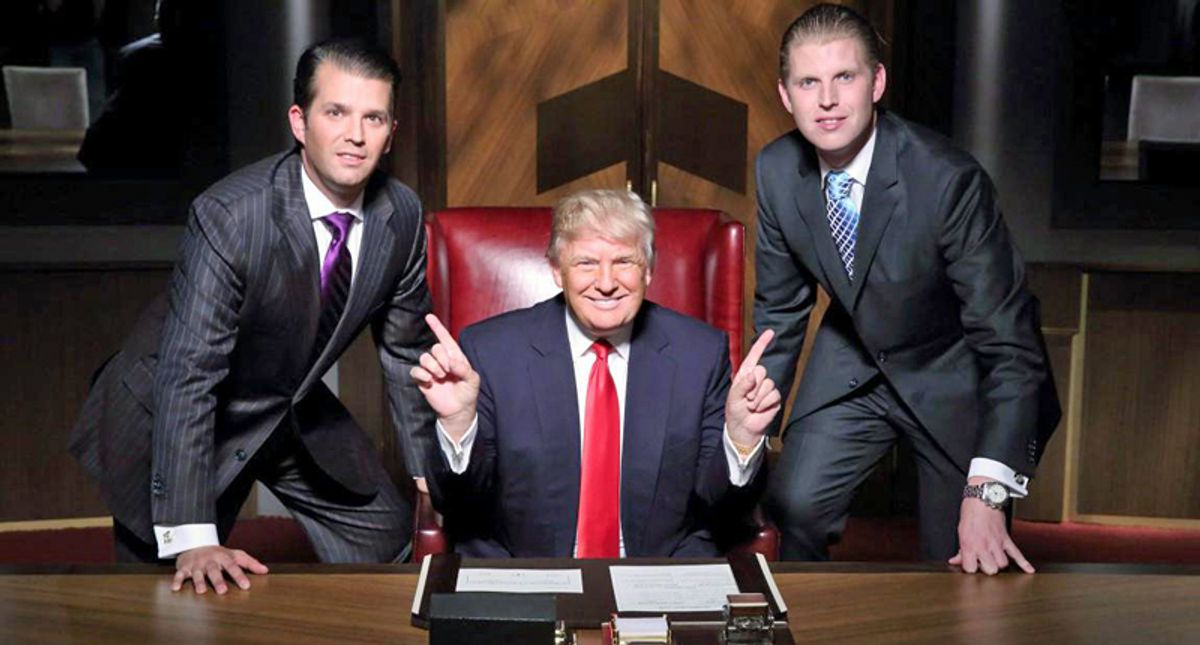 Donald Trump with two of his sons.

At the bottom of Trump Tower is Tiffany's jewelry store. That location isn't the flagship store featured in the 1961 film on Fifth Avenue. Instead, it's the location that Tiffany & Co. has been using while the Fifth Avenue location is being renovated. The company has been paying former President Donald Trump's company $7 million a year for rent in the building, but that is coming to an end.

Bloomberg News reported this week that Tiffany's isn't the only business in the area closing its doors. Midtown Manhattan has seen a number of empty storefronts as luxury shoppers have disappeared amid the coronavirus pandemic.

"That means the 74,000-square-foot space -- commonly known as NikeTown for its former tenant -- will be handed back to the Trump Organization," said Bloomberg News. "The company holds a long-term ground lease at the building, located around the corner from its marquee Trump Tower."

The store is five stories tall, which isn't an easy lift for a retail store to fill.

"The drop in tourists and office workers from the Covid-19 pandemic has sent Manhattan's store vacancies soaring, and the pain is likely to linger for landlords even after the virus ebbs," the report also said. "Meanwhile, the Trump brand is hurting after Donald Trump was impeached a second time for his role in inciting a deadly riot at the U.S. Capitol."

Tiffany & Co. is paying $7 million annually for rent. Last year, the Trump Organization faced a drop in income from their hospitality-related businesses as the pandemic kept people home, the Wall Street Journal reported.

Speaking to CNN outside of CPAC, a group of supporters for President Donald Trump disputed his fans' role during the attack on the U.S. Capitol on Jan. 6.

Donie O'Sullivan interviewed one woman who said that she believed that Trump won the 2020 election, but she wanted him to move on from his claims about it because she thought it would turn people off of supporting him.