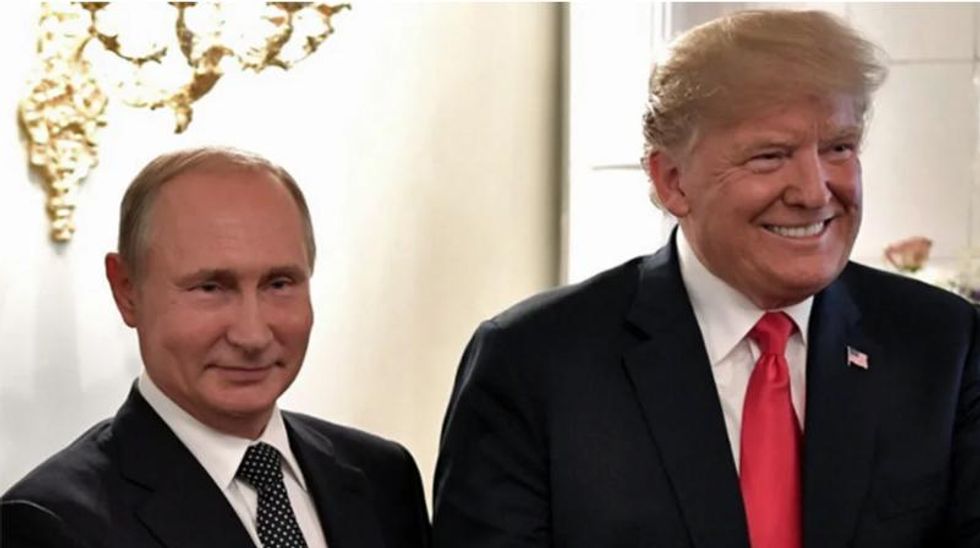 Kremlin photos of Putin and Trump

In response to the NYT's lawsuit, Assistant U.S. Attorney Jennifer Jude wrote in the letter: "Since Plaintiff filed its complaint, Defendant has located and begun processing this record and intends to release all non-exempt portions to Plaintiff once processing is complete. Defendant estimates that primary processing of the record will be complete by the end of January 2022 at which time Defendant expects to send the record to several other DOJ components for consultation."

Weissmann wrote in his book that "for posterity," he directed team members to "write up an internal report memorializing everything we found, our conclusions, and the limitations on the investigation."

"It's unclear whether investigative teams other than Weissmann's also prepared compilations that were not contained in Mueller's final report," Politico reports.