CNN's Acosta celebrated for asking Trump if he'll apologize for Jan. 6: 'Looks like Trump got Acosta'd' 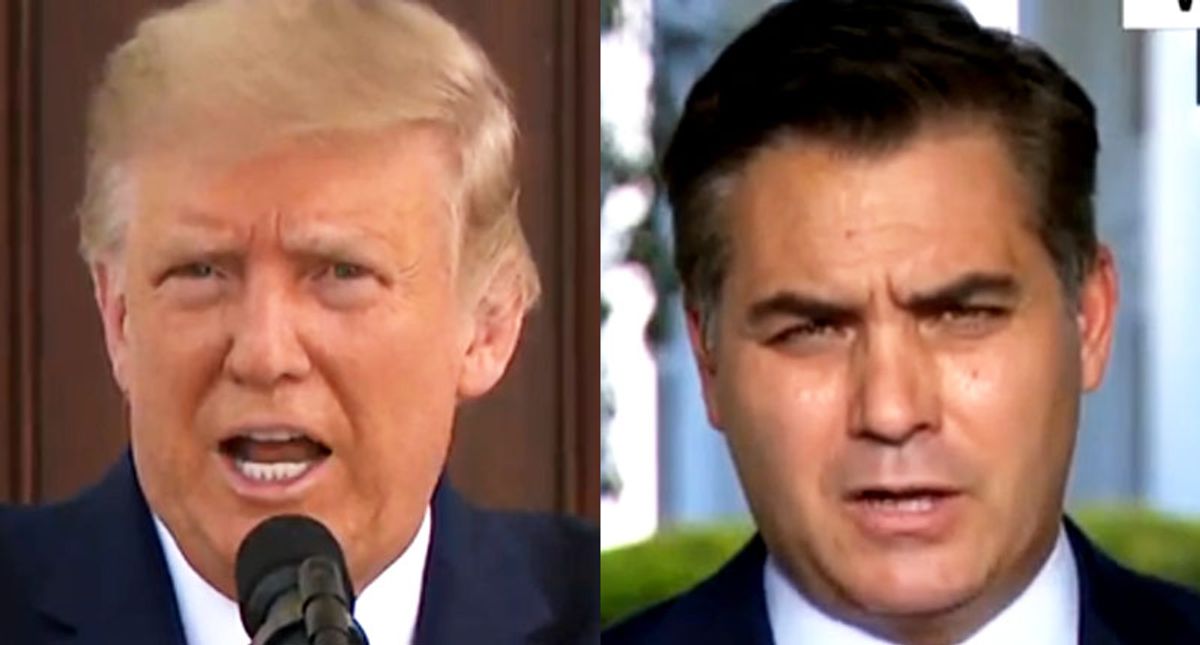 During an appearance in Texas Wednesday, former President Donald Trump pretended that he was still the president, examining the border and the impact his unfinished and poorly built "wall" was having.

While there, CNN host Jim Acosta shouted out whether Trump would ever apologize for his role in instigating the Jan. 6 attack on the U.S. Capitol. He was booed by the pro-Trump audience there.

While Acosta's comments weren't likely to get a response from the former president, it did prompt many online to celebrate the bravery of shouting out such a question in an audience that could be hostile.

Many speculated that it likely infuriated the former president to be faced with Acosta.

.@Acosta got booed for asking Trump if he would apologize for January 6th. The GQP is pro-insurrection and proud of… https://t.co/ufOfi5mui1
— MeidasTouch.com (@MeidasTouch.com) 1625081565.0