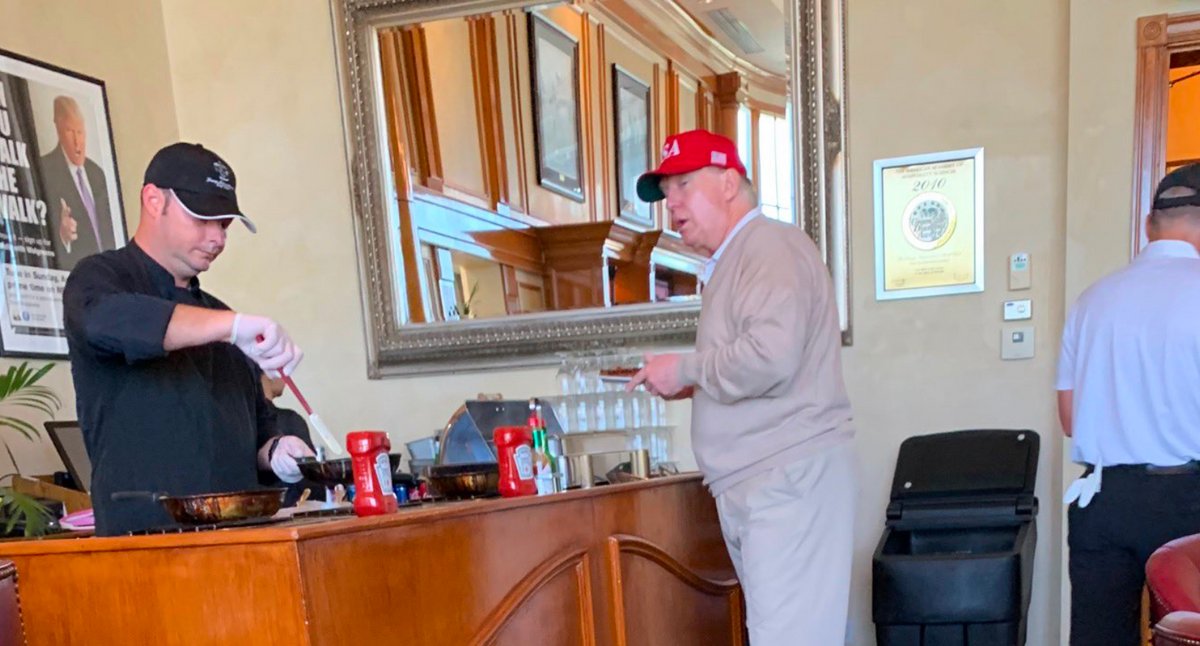 The president appeared to gain weight while in the White House, but spending the last six months on the golf course has done a lot for the hefty gut that once hung over his belt.

The Trump White House hired a full-time makeup artist to ensure each person appearing on camera looked presentable. She is now set to reveal a tell-all book about her experience. Trump is well-known for sporting some kind of makeup that tints his skin that can rub off on his collar or leave a noticeable line.

Who did Donald Trump's make-up today? The ghost of Al Jolson? #Distracting #PressConference #DonaldTrump #CNN… https://t.co/8VbieDmjFy
— Brushing Off (@Brushing Off) 1541613007.0

"On Sunday evening, the president was seen in public for the first time the Justice Department's investigation came to light, having been driven from his golf course in Bedminster, New Jersey," said the report with several photos.

The DailyMail noted that this is the first time Trump has been seen after it was revealed he ordered the spying of journalists, Democratic members of Congress, their staff and their families while he was in office.

According to a bombshell report from the New York Times last week, Trump was furious that his conversations with the Russian ambassador were leaked to the press. Despite the spying, Trump never was able to find out who leaked the information.

The Justice Department got a gag order against Apple from telling anyone about the spying effort from Trump. Ironically, Trump frequently attacked former President Barack Obama saying that he wiretapped the former president at Trump Tower, but he was never able to find proof and there was no gag order revealed after Obama left office as there was with Trump.

See photos and video below: