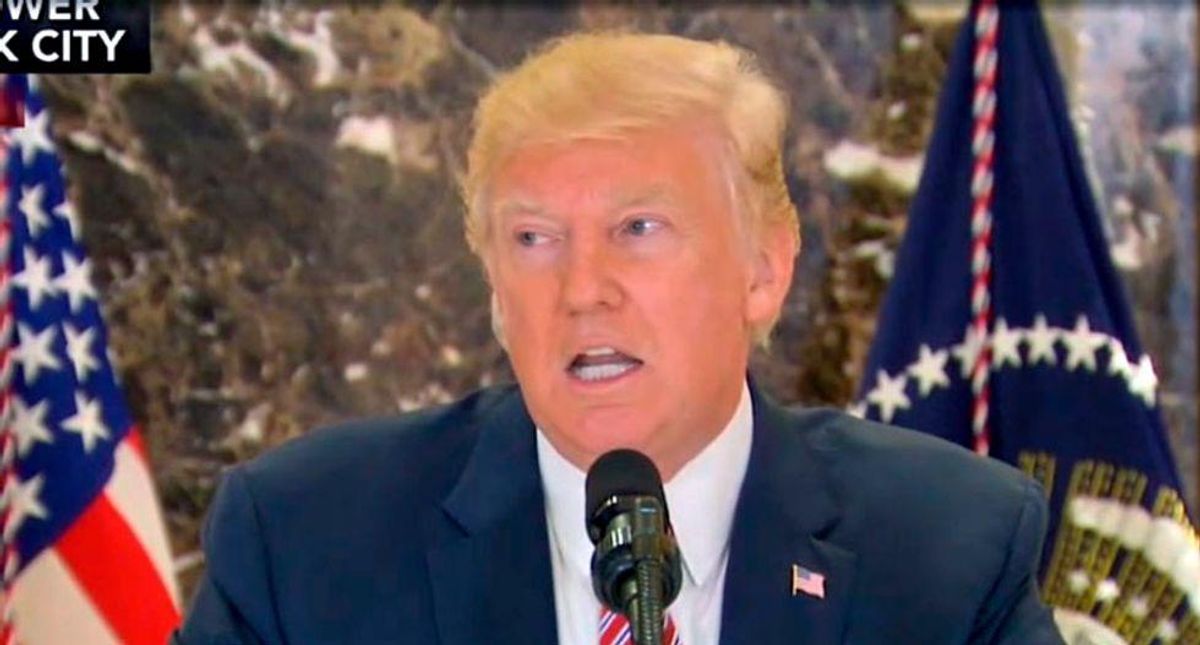 Monday morning, former President Donald Trump called into Fox Business News to tell Stewart Varney that he loves Sen. Joe Manchin (D-WV) for refusing to eliminate the filibuster. But the comments come after Trump spent four years railing against the filibuster and demanding it be destroyed.

Now that the tactic is being used to stop Democratic legislation, Trump loves the policy.

NBC News reporter Benjy Sarlin and others posted screen captures of past support for eliminating the senate procedure, noting how emphatically Trump demanded McConnell stop it.

You'll never guess what Trump's position on the filibuster was the entire time he was president… https://t.co/SDHUQNeaYZ
— Benjy Sarlin (@Benjy Sarlin) 1623074328.0