Trump Jr warns ‘we are coming for’ Republicans who don’t try to overturn the election: We will turn the other cheek no more 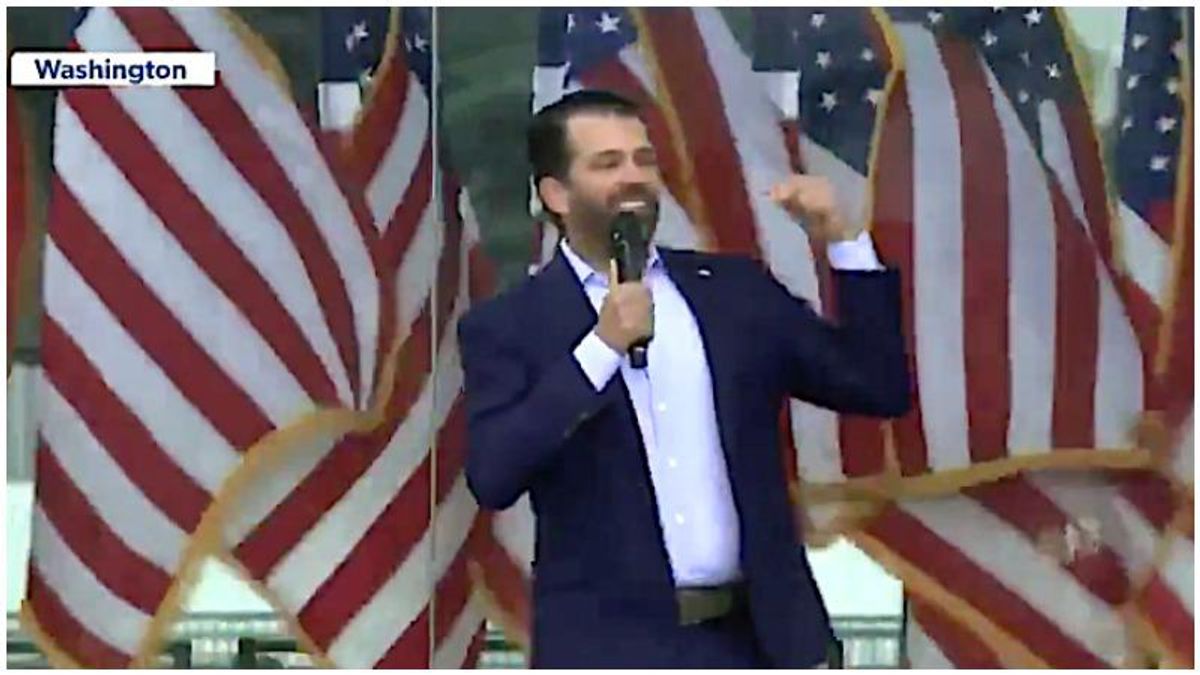 While speaking at a rally to protest the 2020 election results, Donald Trump Jr. on Wednesday effectively declared a civil war inside the Republican Party, accusing a certain segment of Republicans of not doing enough to reverse Joe Biden's win.

According to Trump Jr., Republicans have caved to the mentality of "we'll turn the other cheek; we'll roll over and die."

"No more!" he exclaimed. "So to those Republicans, many of which may be voting on things in the coming hours -- you have an opportunity today: you can be a hero, or you can be a zero, and the choice is yours, but we are all watching."

"These guys better fight for Trump. Because if they're not, guess what? I'm going to be in your backyard in a couple of months... If you're going to be the zero and not the hero, we are coming for you."