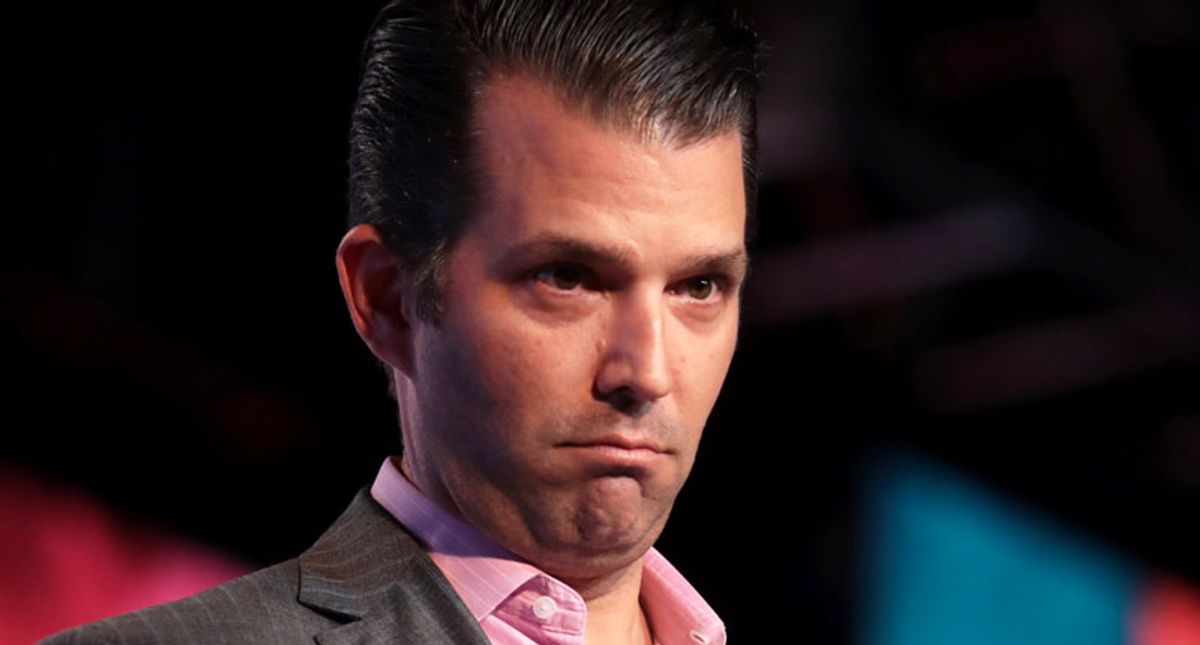 Former President Donald Trump's eldest son testified under oath earlier this month about shady payments made by his father's inaugural committee being probed by the Office of the Attorney General for the District of Columbia.

A new court filing reveals that Trump Jr. testified on February 11th this year about payments made by the 58th Presidential Inaugural Committee made to the Madison hotel in Washington, D.C., on behalf of the Trump Organization.

Interestingly, the DC AG's Office claims in its filing that Trump Jr.'s testimony "raised further questions about the nature of the Loews Madison invoice and revealed evidence that Defendants had not yet produced to the District."

Additionally, the office alleges that it has obtained evidence that "directly" contradicts testimony given by former Trump campaign deputy Rick Gates, who became a household name in recent years thanks to his indictment and subsequent cooperation with former special counsel Robert Mueller's probe of Russian interference in the 2016 presidential election.

It is unclear if Trump Jr. faces potential jeopardy in this investigation, although the Daily Beast reported this week that prosecutors in New York are examining the eldest Trump son's work on behalf of the Trump Organization as part of a wide-ranging criminal probe of its business practices.