"Rumors are that Doug Ducey, the weak RINO Governor from Arizona, is being pushed by Old Crow Mitch McConnell to run for the U.S. Senate," Trump said in a January statement. "He will never have my endorsement or the support of MAGA nation!"

After Ducey did not run," he followed up by saying, "Smart move, Doug—there’s no room for RINOs."

"RINO" stands for "Republican in Name Only," which used to refer to moderates but is used by Trump to describe any Republican he dislikes.

"The reason Mitch McConnell hasn’t said anything about the bullshit happening in Arizona is because he wants Blake Masters and Kari Lake to lose," Catturd2 alleged.

"He only cares about power, money, and he absolutely hates us," Catturd2 concluded.

On Truth Social, Trump, Jr. refers to himself as a "Meme War General." 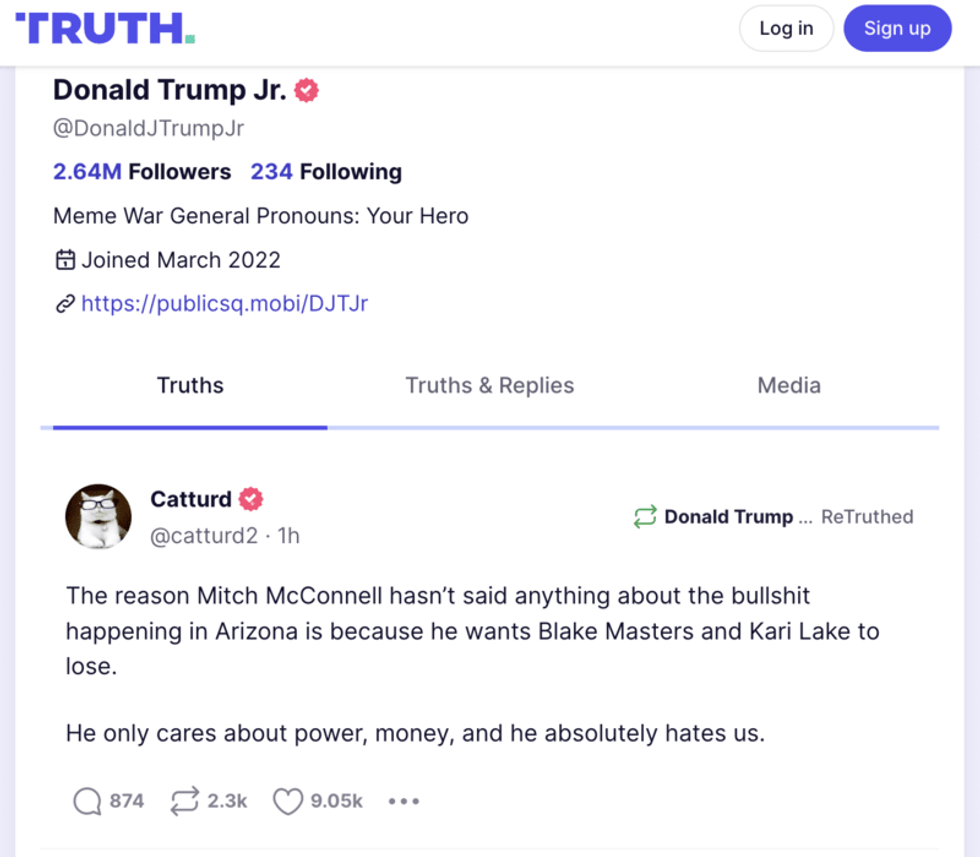