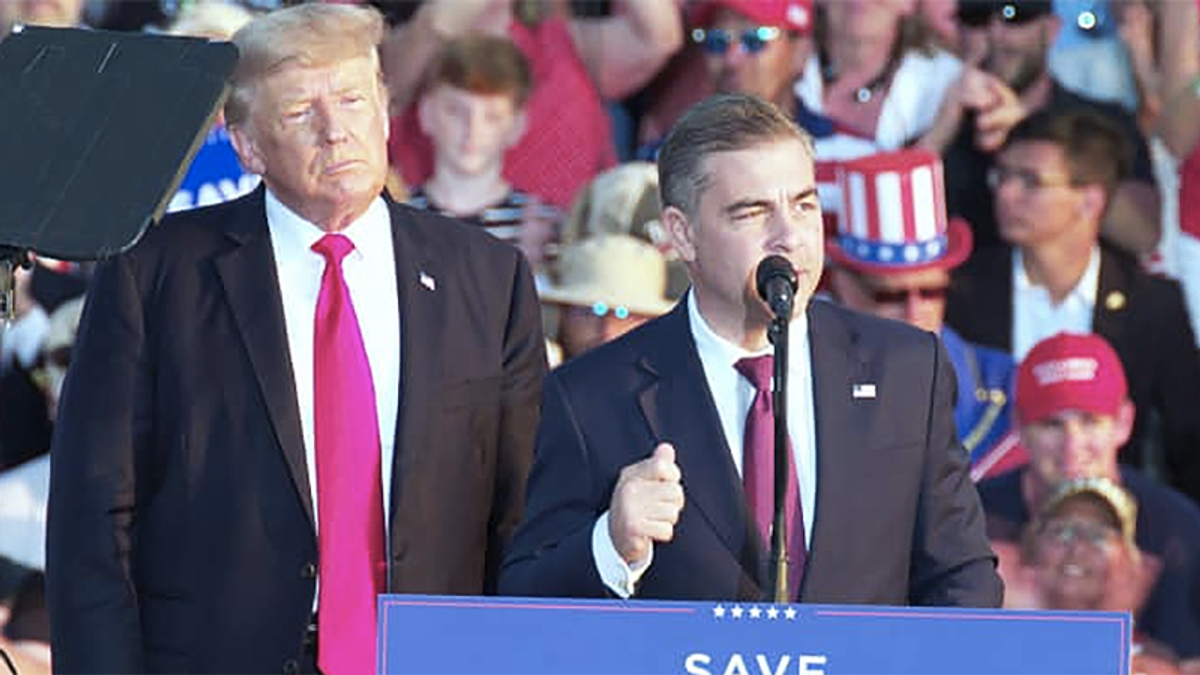 WASHINGTON (Reuters) - Mike Carey, a coal lobbyist endorsed by former President Donald Trump, won a crowded primary contest on Tuesday for the Republican nomination to a seat in the U.S. House of Representatives from Ohio's 15th district.

With 92.8% of precincts reporting, Carey was ahead of his closest contender, former Ohio state representative Ron Hood, by 37.1% to 13.2%, results from the Ohio secretary of state's office showed.

The outcome in Ohio's traditionally Republican 15th District south of Columbus was being closely watched as a measure of Trump's clout in the Republican Party, coming just a week after a Trump-backed candidate for the U.S. Congress suffered a surprise loss to a fellow Republican in north Texas.

"Tonight, Republicans across Ohio's 15th Congressional District sent a clear message to the nation that President Donald J. Trump is, without a doubt, the leader of our party," Carey declared in a statement after his victory.

In another crowded primary race for a vacant U.S. seat in the Democratic enclave of Ohio's 11th District, local establishment Democrat Shontel Brown was battling progressive Nina Turner. With 53.8% of precincts reporting, Brown was ahead, 50.4% to 43.8% for Turner.

Democrats currently have a narrow 220-212 majority in the U.S. House of Representatives.

Carey, a political neophyte, cast himself in the Trump mold. "No industry has been as targeted by the left wing liberal elites, the fake news, as the coal industry," Carey told a June rally headlined by the former president.

An independent fundraising committee backed by Trump spent over $400,000 on text messages, digital and TV ads for Carey, federal election records show. This included over $3,000 spent on Monday and Tuesday on calls urging Carey supporters to cast their ballots.

In northeastern Ohio's Cleveland-based 11th District, meanwhile, the Democratic Party's schisms have been on full display.

With 13 candidates on the Democratic primary ballot, the central battle was between two Black women: Brown, 46, a member of the Cuyahoga County Council endorsed by former presidential candidate Hillary Clinton, and progressive Turner, 53, who was endorsed by Senator Bernie Sanders.

Brown emphasized her support for Biden's administration, and Brown's supporters highlighted Turner's past criticism of the president. Turner was the co-chair of Sanders' 2020 presidential campaign; last year she compared voting for Democratic President Joe Biden to eating excrement.

A number of Democratic establishment figures, including members of the Congressional Black Caucus and House Majority Whip James Clyburn, campaigned for Brown, while Sanders and other progressives, including Representative Alexandria Ocasio-Cortez, rallied for Turner.

The candidates raised over $6 million, making it the most expensive special House election this year, according to OpenSecrets.org, the website for the Center for Responsive Politics.

"Establishment Democrats likely feel that Brown would be more a team player and reliable vote for leadership than Turner, whereas progressives see Turner as someone who could help pull the Democratic House caucus a bit more to the left," said Kyle Kondik, an election analyst at the University of Virginia.