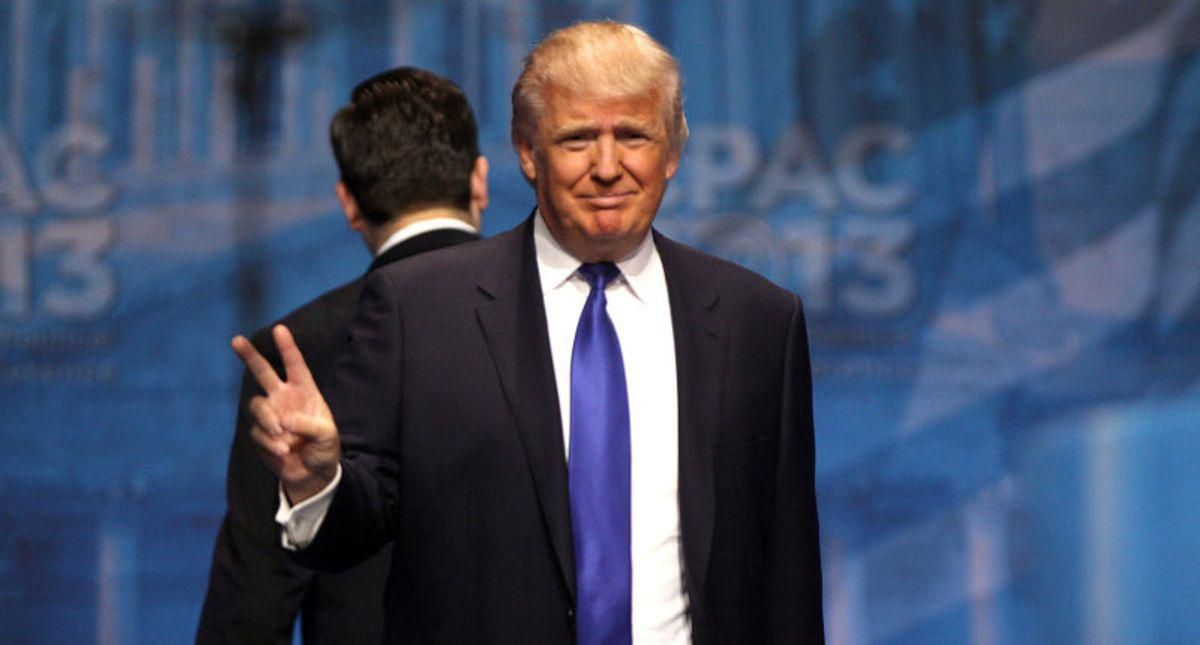 A spokesperson for Gaetz denied requesting a meeting. More than 24 hours after it was published, Trump released a statement through his PAC.

"Fake News CNN, relying on all anonymous sources, meaning they probably made the whole thing up, wrote a very dishonest story claiming Congressman Matt Gaetz asked for a meeting with me at Mar-a-Lago, in Palm Beach, Florida, and was denied. This is completely false," Trump claimed.

But instead of defending Gaetz, Trump instead went on to attack Rep. Eric Swalwell (D-CA), who has nothing to do with the sex trafficking allegations against Gaetz.

Republicans have largely refused to defend Gaetz and even though Trump issued a statement on the topic, he did not bother to offer a defense.