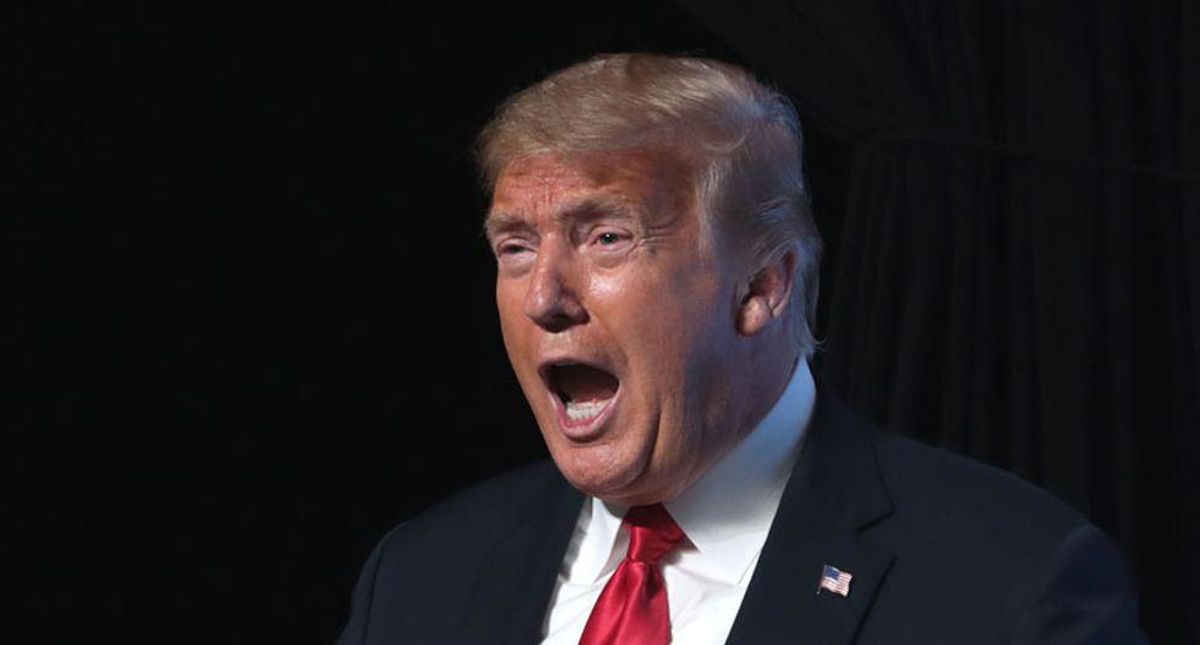 Trump also said he wished that Mike Pence “had the courage" regarding not supporting certifying the election and th… https://t.co/MlsX7F1tmU
— Shane Goldmacher (@Shane Goldmacher)1618110170.0

Trump also complained that McConnell never said thanks for hiring his wife, according to Maggie Haberman of The New York Times.

Trump rant on McConnell at RNC was brutal, per attendee. He took credit for Mr. McConnell's margin of win. "Did he… https://t.co/jmSwBfBXnw
— Maggie Haberman (@Maggie Haberman)1618107940.0

Trump also gave a speech against immigration that sounded like the speech he gave when he officially kicked off his 2016 presidential campaign.

“They’re coming in from the Middle East. They’re not sending their best people. You have murderers, you have rapist… https://t.co/0IXvhnChQB
— Josh Dawsey (@Josh Dawsey)1618109036.0

Trump also told a "sir" story, which are widely viewed as a tell he's being dishonest, that the coronavirus vaccine should be called a "Trumpcine."