'His goose is cooked': NBC justice reporter explains Trump is out of legal options on his taxes 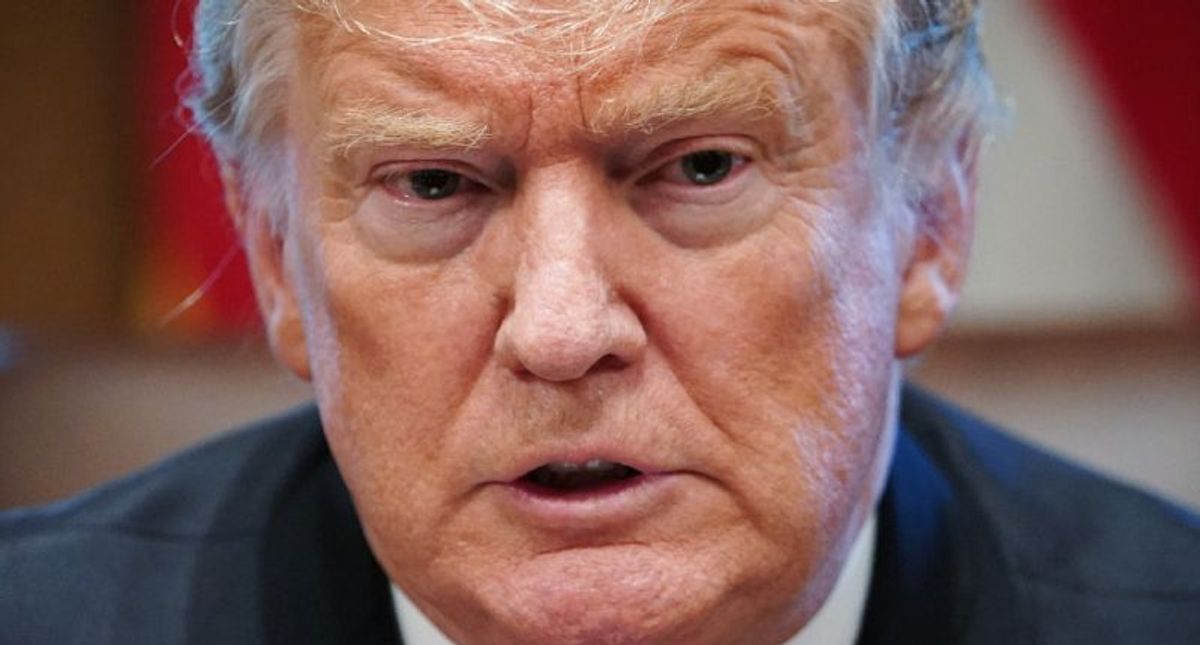 "Is that a legal term?" MSNBC host Andrea Mitchell asked.

In fact, Williams explained, "it means he's out of office. Remember, he tried once before when he was in the White House saying, 'I'm president, you can't touch me, I'm immune from the criminal justice process, including grand jury subpoenas.' And the Supreme Court rejected that argument by a vote of 7 to 2. Both the two Trump appointees on the court at the time voted with the majority. So, the president's lawyers went back to the court and said, 'okay, the problem with the subpoena is it's too broad. It's too much. Well, they lost in the trial court. They lost in the court of appeals. They went to the Supreme Court last October with an emergency appeal, saying please stop this until we can get up there and argue the case on the merits."

Williams explained that the case has been "sitting" at the High Court since October.

"And finally today, the Supreme Court said 'nope, we're denying this emergency application,'" Williams continued. "So it's over. The president is out of legal options to try to stop this. Remember, what the grand jury wants is about eight or are nine years of the president's corporate and personal tax returns from his accountants. The accountants have already said we will do whatever the courts say so I would expect that this material will be turned over within a matter of days. We don't know exactly what Cy Vance and his grand jury are investigating. They've given us some indication they're looking at the hush money payments. The question of whether the president over or understated his assets in order to evade taxes and perhaps possible insurance fraud, but now it's over. This material has to be turned over."

See his explanation below:

His goose is cooked www.youtube.com