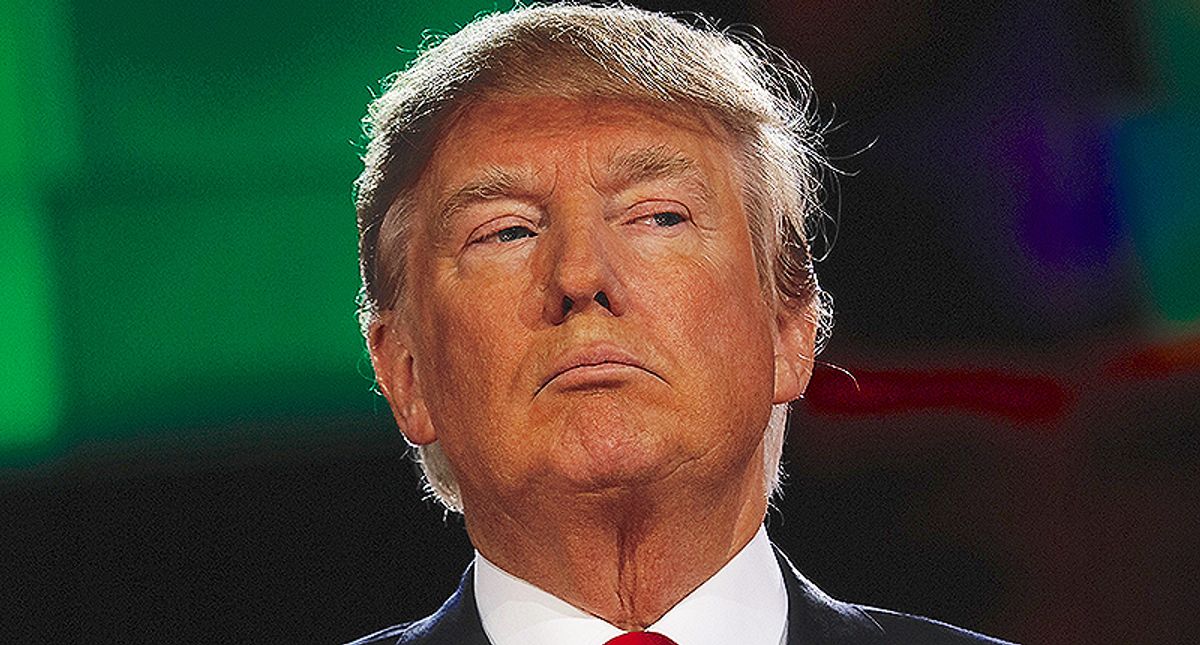 Former President Donald Trump is locked into a battle with the Republican Party, but as Republican Rick Wilson once said, "everything Trump touches dies."

Part of the problem, according to Rubin and Bloomberg News reporter Tim O'Brien, the campaign finance rules weren't helpful to the respective parties. In the new era of campaign fundraising, the super PAC is the endless supply of almost unregulated money. So, while the GOP is struggling for every dollar it can get, Trump is refusing to allow it.

"He has around $2 billion in assets, about $1 billion in debt against those," explained O'Brien. He's not going broke any time soon, but he's got a real debt, a possible debt squeeze on his hands, so he is looking frantically around to siphon cash from wherever he can so he doesn't have to sell things off and watch his portfolio shrink."

The reality, according to O'Brien, is that Trump is "just a profound grifter." Any opportunity to "make coin," he's going to jump at.

"I think it was another thing that he learned in the presidency was, 'you know what, I can monetize the Trump cult,'" O'Brien continued. "And all of these working-class people and small donors who I have actually done nothing to help in my presidency but still believe I will, I can continue to scam them when I leave. And I think that's what's informing, you know, these fisticuffs now with the GOP. "

Rubin agreed that Trump's name is likely more beneficial to the GOP than anyone else.

"It's really a co-dependent relationship," she said. "And the Republican Party can't quit Donald Trump. They need him. They fear him. And yet, they are going to be forever saddled with, if not this battle, then it will be some other battle. Donald Trump is what has kept the Republican Party from complete oblivion over the last four years, but it's also what's going to prevent them from any kind of recovery, any kind of expansion into any kind of governing majority. And that's why you say, as you pointed out in your previous segment, they resort to voter suppression and to Jim Crow Laws in essence. This is a dilemma of the Republicans, and it's made of their own making."

She went on to say that there is no way that Democrats could ever come up with something that would take down the Republican Party. It all happened at the hands of one of their own.

"And we haven't even gotten to the primary season yet!" said Rubin. "Wait until that hits. So, this is the dilemma of dealing with Donald Trump. To quote my friend, Rick Wilson, everything he touches dies. And the Republican Party right now doesn't look too good."