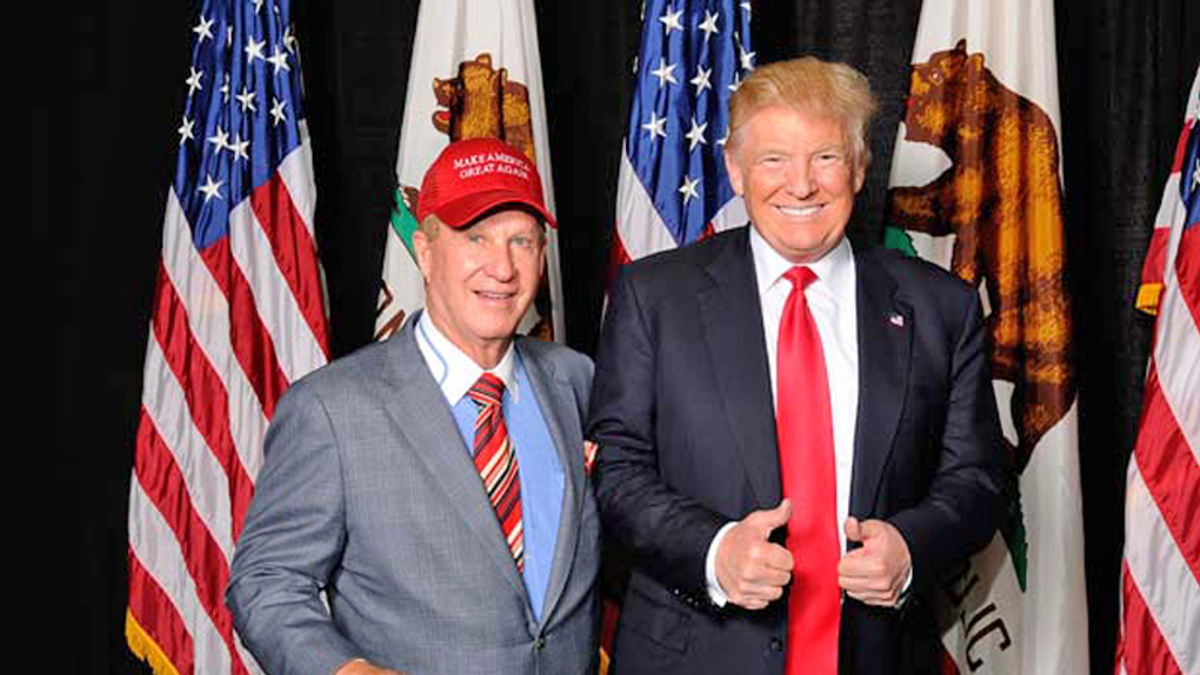 "The case appears to focus on the Republican National Committee and its two senior leaders, and possibly members of Congress," the newspaper explained. "Manchester, a well-known contributor to the Republican Party and to GOP elected officials and candidates, was nominated to become the U.S. ambassador to the Bahamas in May 2017, just months into the Trump administration. But the nomination stalled in the U.S. Senate, prompting Trump to re-nominate Manchester to the post early in 2018. That nomination also was held up from Senate approval."

"Documents obtained by The San Diego Union-Tribune show at least one witness with the last name Manchester was ordered to provide records and information to a U.S. District Court grand jury last month, 'in connection with an ongoing criminal investigation.' That same person, whose first name was redacted in the U.S. District Court documents, also was commanded to appear at the courthouse on the morning of May 4 — and to bring a slew of materials," the newspaper reported. "The documents request copies of any communications between the Manchesters, the RNC and RNC Chairwoman Ronna McDaniel and Co-Chair Tommy Hicks. They also demand communications between the witness and any employee or agent and any member of Congress or their staff."

Even though Manchester served as publisher of the Union-Tribune, he declined to respond to multiple requests for comment.