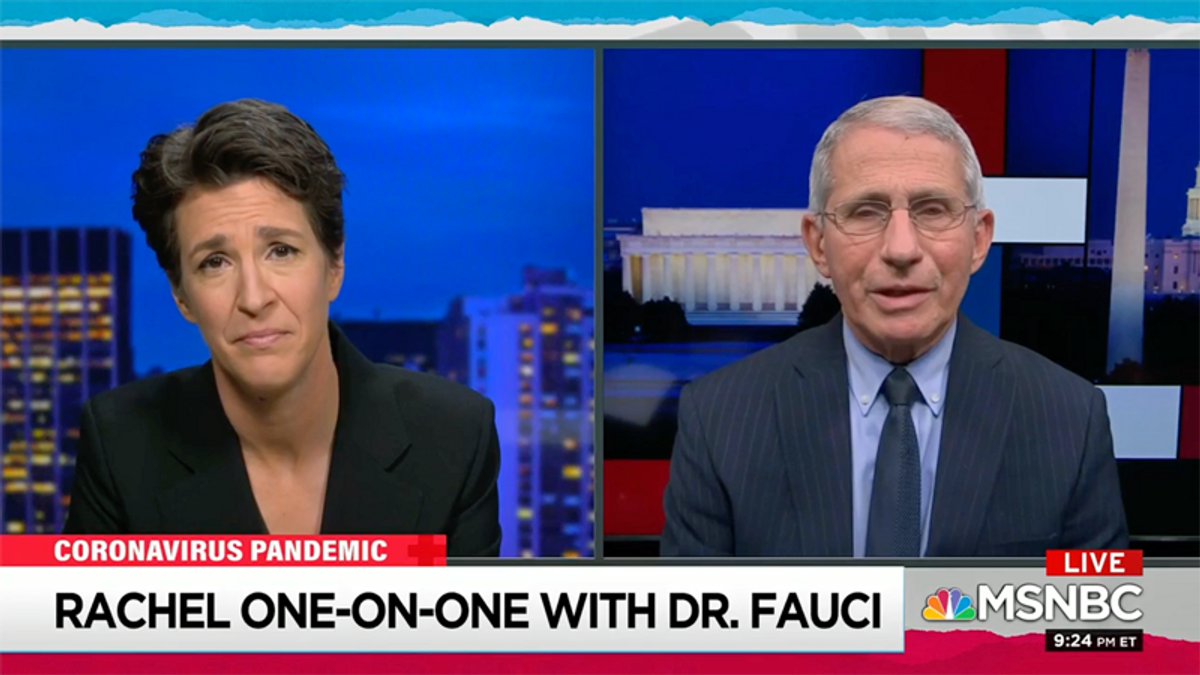 America's top infectious disease expert was interviewed by MSNBC's Rachel Maddow on Friday -- for the first time since the start of the pandemic.

Fauci opened up about the Trump administration's anti-science mindset during the pandemic.

He revealed, "I don't take any great pleasure in criticizing president leadership or the people around a president, but we had a situation where science was rejected and a lot of pressure was put on individuals and organizations to do things that were not directly related to what their best opinion would be, vis-a-vis the science."

"I had pressure put on me, but I resisted it and I had to do something that was not comfortable, but I did it, and I had to be directly contradicting not only the president but some of the people around the president who were saying things that just were not consistent with the science," he explained.

"So it's just one of those things that is chilling when you see it happen," Fauci said.

Maddow asked if Fauci would be making more appearances under the Biden administration.