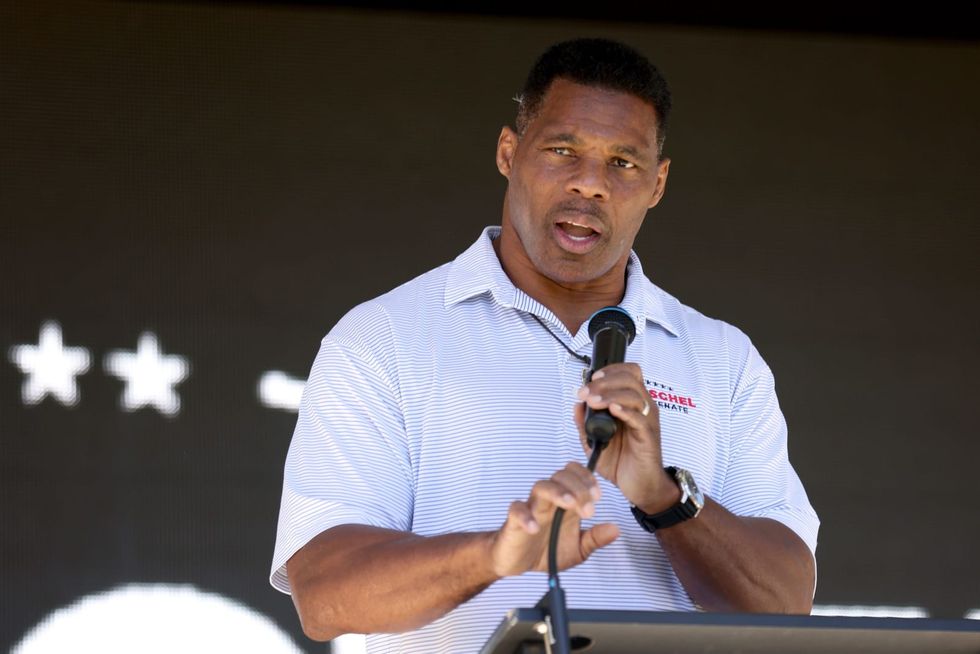 In this file photo, Republican Senate candidate Herschel Walker speaks during a "Unite Georgia Bus Tour," at The Mill on Etowah, on Sept. 27, 2022, in Canton, Georgia. - Jason Getz/The Atlanta Journal-Constitution/TNS

Probably no one, including Georgia Republican Senate candidate Herschel Walker himself, would argue against the premise that the former football star is a deeply flawed human. He has lied, cheated on his wife, fathered multiple children out of wedlock and made a fool of himself while speaking in public. Walker’s party has tried to find workarounds for all that, but the latest scandal has far more volatile implications. Credible allegations surfaced this week that he impregnated a woman and paid for her abortion. Walker adamantly denies the allegations, reported by The Daily Beast, and insists ...

In the immediate aftermath of reports that Donald Trump had dinner with two notable antisemitic political figures — Nick Fuentes of America First and Ye (formerly Kanye West) — a simple excuse was floated to mitigate the backlash: It wasn't Trump's fault — he was sandbagged!