Republicans show signs that they've given up on elections 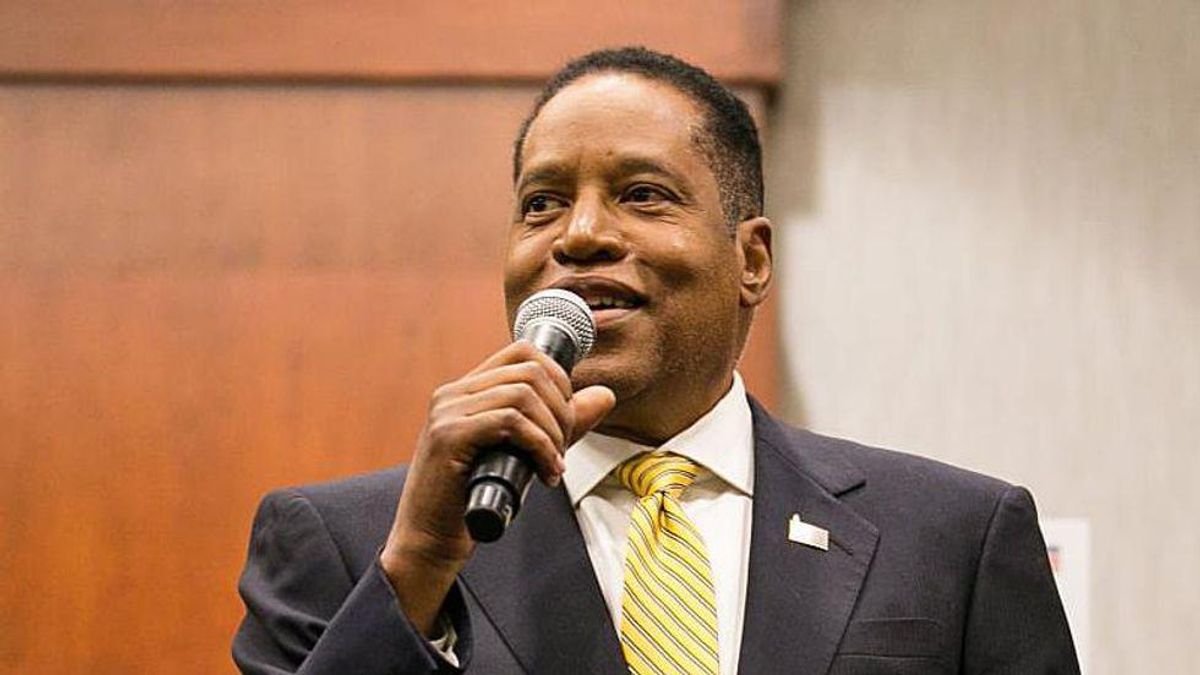 On Monday, Republican recall hopeful Larry Elder refused to say whether he would accept defeat if he failed to unseat Democratic incumbent Gavin Newsom. The far-right radio host urged his supporters to go to the StopCAFraud website to report election voting "irregularities." The site, which was funded by Elder's campaign, claimed that "statistical irregularities" proved that the California governor had won the recall election by fraud. The catch was that the election wasn't until Tuesday and no votes had been counted.

In the post-Trump era, Republican losers follow a simple formula: Cry fraud, file frivolous lawsuits and fundraise off of them. You will lose in court, because there is no fraud, but it doesn't matter because every loss burnishes the GOP's "stabbed in the back" narrative.

The Elder camp claimed to have pseudoscientific statistical proof based on Benford's Law that Newsom's imaginary win was due to fraud — before the votes had been counted. This revealed both their pessimism about their prospects for the recall and their willingness to manufacture claims of fraud out of thin air.

The GOP started chumming these waters weeks ago. Elder's StopCaFraud page was anonymously registered in August and the WayBackMachine shows that the fictional fraud allegations were visible to the site's automated crawler as early as Sept. 6. The very next day, former President Donald Trump called NewsMax and said the California recall vote was "probably rigged." The following day Elder announced that he had lawyers ready to challenge the results. Fox News hosts have been claiming for weeks that an incumbent Democrat in California could only win by fraud.

Elder's blunder would be funny if it weren't scary. It's one more piece of evidence showing that Republicans have given up on elections. It's not a free and fair election if you don't intend to concede if you lose.

The lie of voter fraud is a myth that justifies violence. The January 6 insurrection happened because Trump convinced his supporters that the election was stolen and that violence was necessary to save democracy. Elder's website engaged in the same kind of incitement, insinuating that his supporters might have to reach for "the ammo box" if their legal challenge to Newsom's as-yet-non-existent-victory were unsuccessful.

The Republicans are stoking rage and paranoia that regularly bubbles over into intimidation and even violence. Nationwide, elections officials are being deluged with death threats from people who believe the electoral fraud conspiracy theories that now constitute the core of the GOP's ideology. A private detective hired by a local Republican organization held an innocent air conditioning repairman at gunpoint in Texas because he believed the man's truck contained "stolen ballots." Republicans are also using these conspiracy theories to justify voter suppression laws in states across the country.

Trump is out of power, but the legacy of Trumpism lives on. Trump's most enduring and destructive legacy may be the way he normalized frivolous charges of election fraud.