Inside the GOP's coming Jan 6 assault on democracy 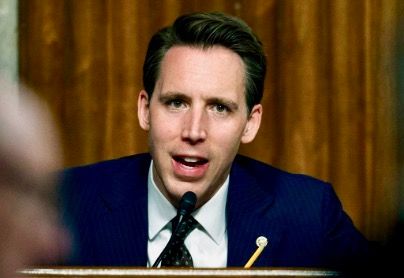 Last week I wrote about "the GOP's January 6th assault on democracy," warning that GOP senators had to be called, pressured, hounded by their constituents to not cave into Trump's demands during the normally routine Congressional certification of the election next week, on January 6th.

This story first appeared at The Signorile Report.

Trump-supporting GOP House members have vowed to formally challenge the Electoral College results, and under the rules they need one senator to join — something which now seems likely — in order to force what could be two days of full-blown debate on throwing out all the votes in Michigan, Pennsylvania, Georgia and Wisconsin, and then having a vote in both the House and the Senate on it.

As I noted, this reckless, seditious action is doomed to failure — and Mitch McConnell has apparently begged GOP senators not to do it — since Democrats have a majority in the House and enough Republicans in the Senate would join Democrats in voting it down.

But the action, even as it would blow up in the GOP's face, would further attack the integrity of the election and President-elect Joe Biden's legitimacy, which seems to be one of Trump's goals.

Now, Washington Post columnist David Ignatius, who is plugged in to many in the government, sounded the alarm over the weekend — and appears to be warning the GOP leadership — on possible violence Trump might incite which would, in Trump's twisted mind, give him the impetus to engage in more extreme actions:

Trump's last-ditch campaign will almost certainly fail in Congress. The greater danger is on the streets, where pro-Trump forces are already threatening chaos. A pro-Trump group called "Women for America First" has requested a permit for a Jan. 6 rally in Washington, and Trump is already beating the drum: "Big protest in D.C. on January 6th. Be there, will be wild!"
Government officials fear that if violence spreads, Trump could invoke the Insurrection Act to mobilize the military. Then Trump might use "military capabilities" to rerun the Nov. 3 election in swing states, as suggested by Michael Flynn, Trump's former national security adviser. Trump "could take military capabilities and he could place them in those states and basically rerun an election," Flynn told Newsmax in a Dec. 17 interview.

Ignatius, in his column, looks at the highly concerning, abrupt changes Trump made at the Pentagon in recent weeks — firing top officials, including former Defense Secretary Mark Esper, and replacing them with his staunchest supporters — as perhaps a clue to what he might have planned. Ignatius also details current tensions with Iran amid Trump's threats, shining a light on the possibility that Trump would engage in military action overseas in these last weeks.

Enraged and out of control, Trump might do anything, as we've seen just in recent days, from pardoning murderers to holding up relief for millions (only to reverse himself after causing many to needlessly suffer further, including millions who saw unemployment benefits disrupted). John Nichols of The Nation first discussed the planned January 6th assault on democracy by Republicans two weeks ago, and how Trump has been at the forefront of it. Nichols came on my SiriusXM show last week — as he does every Monday — and talked as well about the Trump-supporting groups that were heading to Washington, where they might cause chaos and engage in violent actions, as we saw the Proud Boys do several weeks ago.

But Nichols also made the point on my program that the protests were meant to pressure those GOP senators who will be voting to certify the Electoral College vote, some or all of whom will be intimidated by people amassing outside in the streets. I noted in my piece last week that, while some senators signaled support for Trump in this effort to overturn the election at the Congressional certification, many GOP senators had already said outright or signaled that they accepted the election results and/or that Joe Biden is the president-elect (and I went through the names, which you can check out).

And some of them, like Senate Majority Whip John Thune of South Dakota, got slammed by Trump as "Mitch's boy," for saying it was time to move on. Trump continued hitting GOP senators over the weekend, viewing them as abandoning him.

That was on Christmas Eve. Then he slammed them again on Saturday.

So, while many GOP senators and even many GOP House members haven't publicly joined in overturning the election, it's not just Trump's threats of destroying them or backing a primary challenger that might make them weak-kneed; it's the very real threat of protests from people who, like it or not, are the base of their party and whose message could spread to their constituents back home.

And Trump is continuing to stoke that fear, make no mistake, tweeting last night about January 6th — just before he sent out a tweet hinting he'd be signing the relief bill. One wonders if any Republican senators assured him they'd be with him on January 6th in return for signing the relief bill and spending bill to be keep the government from shutting down. We all know how Trump works the quid pro quo.

While Trump and his GOP accomplices will fail at overturning the election, we can't let any vote that might take place on January 6th be even close. Ignatius seems to be warning GOP leaders of the dangers of that day, including those in the Senate, and those same senators need to hear from people across America loudly and clearly — who should also be pressuring their donors, including their corporate donors — that this is a horrendous attempt to completely subvert of democracy.