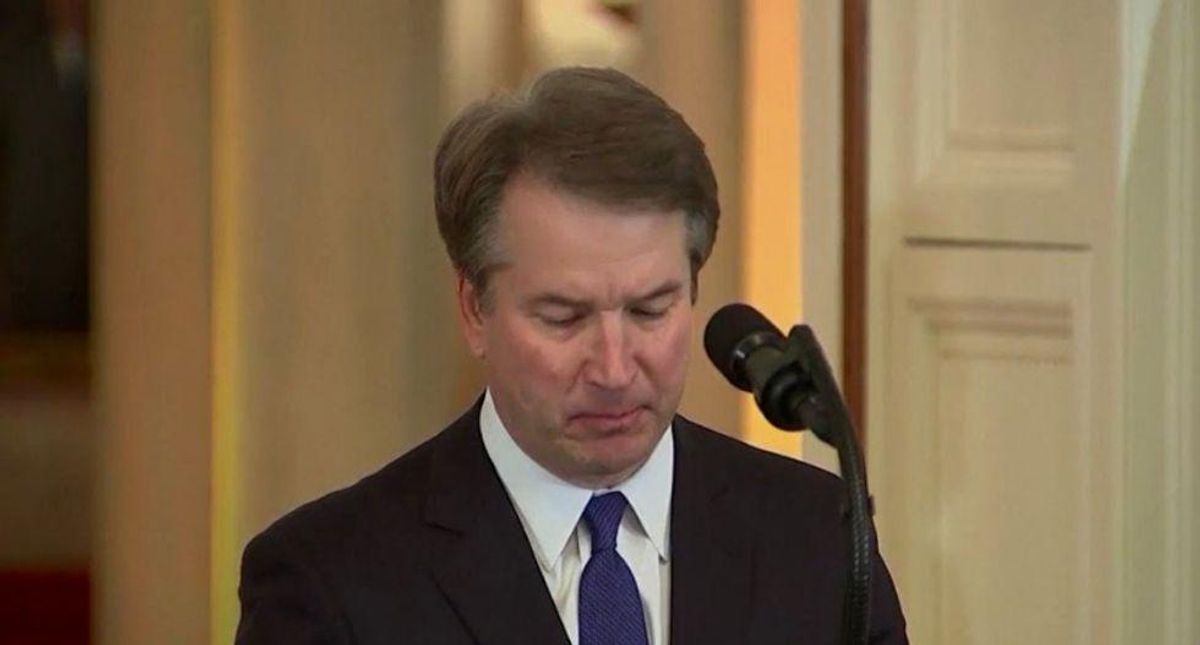 As Stern noted, Kavanaugh took a swipe at Kagan in his opinion for criticizing his ruling as detrimental to prisoners, pointing out Kagan had dissented from Ramos anyway and his decision still leaves more prisoners free than her past votes would have done. But in her last footnote, Kagan shredded that argument — and Kavanaugh's entire judicial philosophy underpinning it.

"It treats judging as scorekeeping — and more, as scorekeeping about how much our decisions, or the aggregate of them, benefit a particular kind of party," wrote Kagan. "I see the matter differently. Judges should take cases one at a time, and do their best in each to apply the relevant legal rules. And when judges err, others should point out where they went astray. No one gets to bank capital for future cases; no one's past decisions insulate them from criticism. The focus always is, or should be, getting the case before us right."

In other words, wrote Stern, Kagan is calling out Kavanaugh's practice of acting like his past decisions, and even his past empathy for defendants he rules against, gives him the political capital to make whatever decision he wants down the line, free of criticism and scrutiny.

"Kagan's dissent in Edwards confirms that the justice is done trying to nab Kavanaugh's vote by pulling punches," wrote Stern. "Indefinitely confined to a three-justice minority, Kagan knows her influence is largely limited to dissents. If she cannot bring Kavanaugh around to her side, she might as well show the rest of us the cynicism at the heart of his jurisprudence."