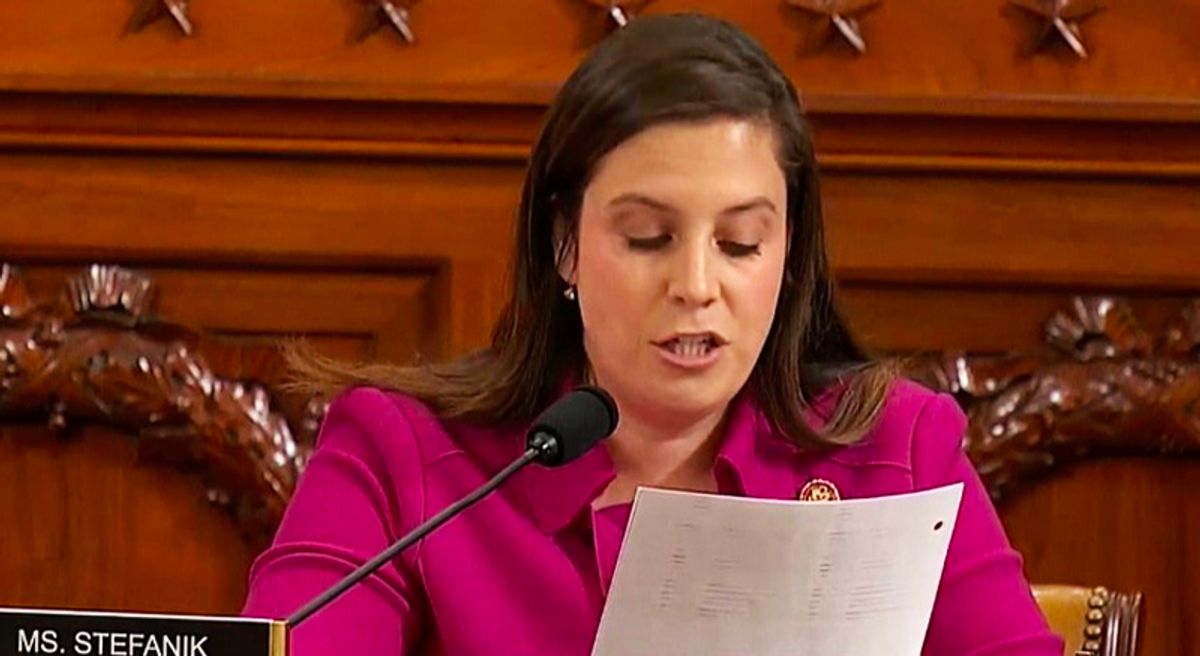 Republican lawmakers have touted Rep. Elise Stefanik (R-N.Y.) as a possible replacement for Rep. Liz Cheney (R-Wyo.) but her latest announcement, and voting scorecard, may still lead to issues for the Republican Party later on down the line.

Lawmakers with knowledge of the latest conversations spoke with Politico about Stefanik's intent over the next year. The New York lawmaker reportedly plans to limit her time in Republican leadership by only serving through 2022. She also wants "to finish out the rest of this current cycle as conference chair if she is ultimately elevated to the No. 3 leadership position."

In the next Congress, Stefanik desires to obtain the top seat on the House Education and Labor Committee, a position she plans to maintain as a longtime priority. Stefanik's time limit is one of the many pledges she has made to House Republican lawmakers as she works to secure the bid for leadership. While the rising Republican lawmaker is expected to oust Cheney as early as next week, some Republican lawmakers still are not sold on her.

For far-right conservatives, Stefanik's moderate voting record is concerning. The publication reports that other members within the conference are also disgruntled because they feel "boxed in" due to House Minority Leader Kevin McCarthy (R-Calif.) unrelenting calls for support of Stefanik.

Although Stefanik's voting scorecard does signal a more moderate approach, she has reportedly vowed to "toe the party line and not buck leadership whenever they are whipping for or against something — a promise intended to assuage colleagues that she will not rock the boat like Cheney."

On Monday, May 10, Stefanik will speak before the Freedom Caucus in an effort to appeal to members who remain skeptical of her being placed in a position of leadership. When House Republications meet on Wednesday, May 12, they are expected to discuss the vote on Cheney.

Despite the political party's expedited attempts to oust Cheney, she has continued to double down on her beliefs. On Monday, she tweeted, "Anyone who claims it was is spreading THE BIG LIE, turning their back on the rule of law, and poisoning our democratic system."