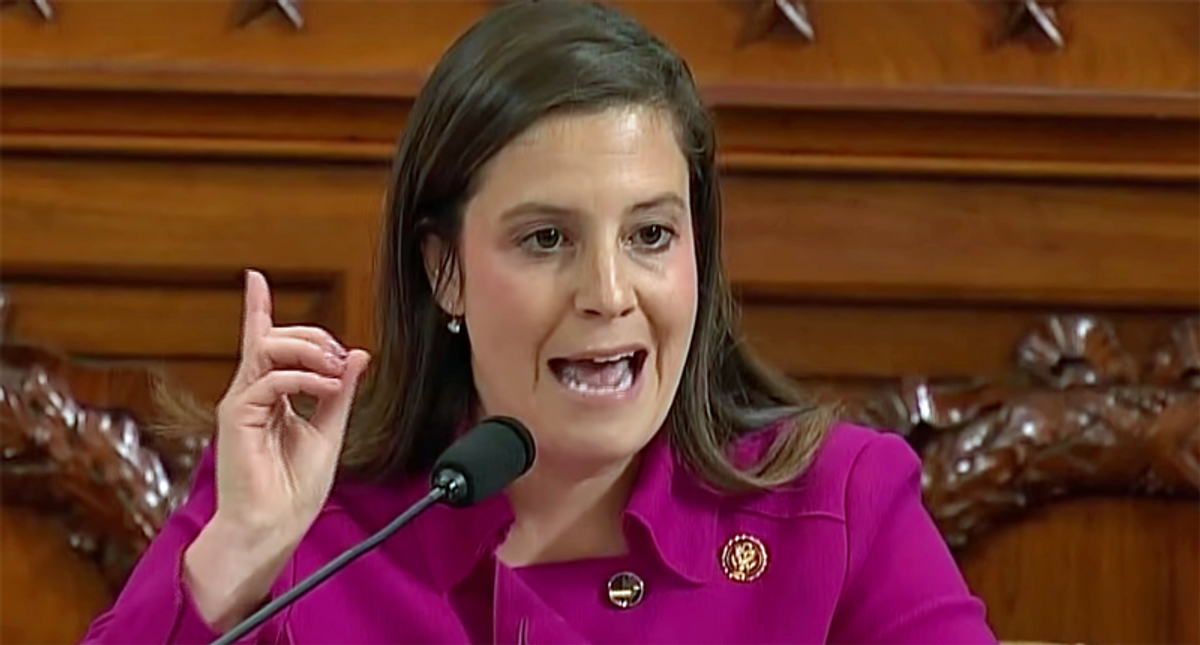 On CNN Tuesday, reporter Athena Jones profiled voters from Willsboro, a town in Rep. Elise Stefanik's northern New York district — their sentiment best encapsulated by one voter referring to her as "a breath of fresh air" while another called her a "miserable, ambitious demagogue."

"One of just 25 districts in the country to vote twice for Barack Obama, choose Donald Trump in 2016, and pivot back to Joe Biden in 2020," said Jones. "Maybe that's why Elise Stefanik, poised to be the highest Republican woman in Congress after embracing Trump's lies about the 2020 election, are decidedly mixed here in the small town."

"She's done a lot of good stuff for a lot of towns and counties around here," said one voter, while another said, "She's backing the big lie and Trump, too ... Her first term when she ran up here, I voted for her, but I would not vote again for her."

"The 36-year-old Harvard graduate worked as an aid for George W. Bush and Mitt Romney's 2012 presidential campaign," said Jones, noting that she began her career as a moderate and pivoted hard to pro-Trump during the first impeachment. "And she's won over some voters who were pro-Trump ... as her political star has risen, others here come complain he's left her district behind."

"There are a lot of very important issues with many rural areas, drug abuse, health care, broadband access, which is critical now. Education," said Barry Goldstein, a constituent in Essex County. "I don't see her talking about the north country and the issues that are involved here."