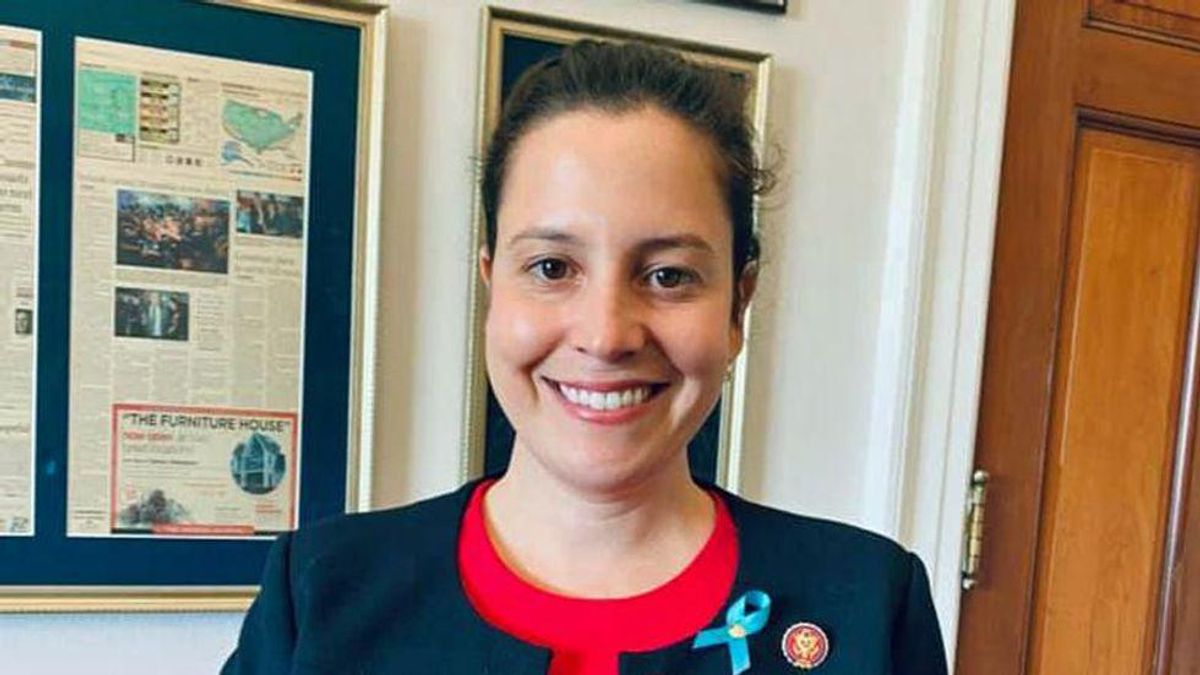 "We see the worst jobs report in over 20 years," Stefanik said in reference to the April jobs report released last Friday. "Unemployment is up, small businesses are struggling to hire workers."

"It is simply untrue that the April jobs report is the worst in two decades. Just over one year ago, the US economy experienced its largest one-month decline in job numbers in recorded history. The most recent jobs report did fall significantly below forecasts but is in no way the 'worst jobs report in over 20 years,' or even the past year," CNN reported. "In April 2020, the US economy lost 20.5 million jobs, following a loss of 870,000 jobs in March of that year. This was far and away the most significant decrease since the US began tracking the number in 1939."

Trump was president during March and April of 2020.

"April's job report showed the US added 266,000 jobs while forecasts from economists had predicted something closer to a million jobs added that month," CNN noted. "Republicans have used this significant forecast miss to criticize Biden and his policies. Stefanik, however, did not say this was the worst report relative to economist expectations, she just said it was the worst. Stefanik's office did not respond to CNN's request for comment."