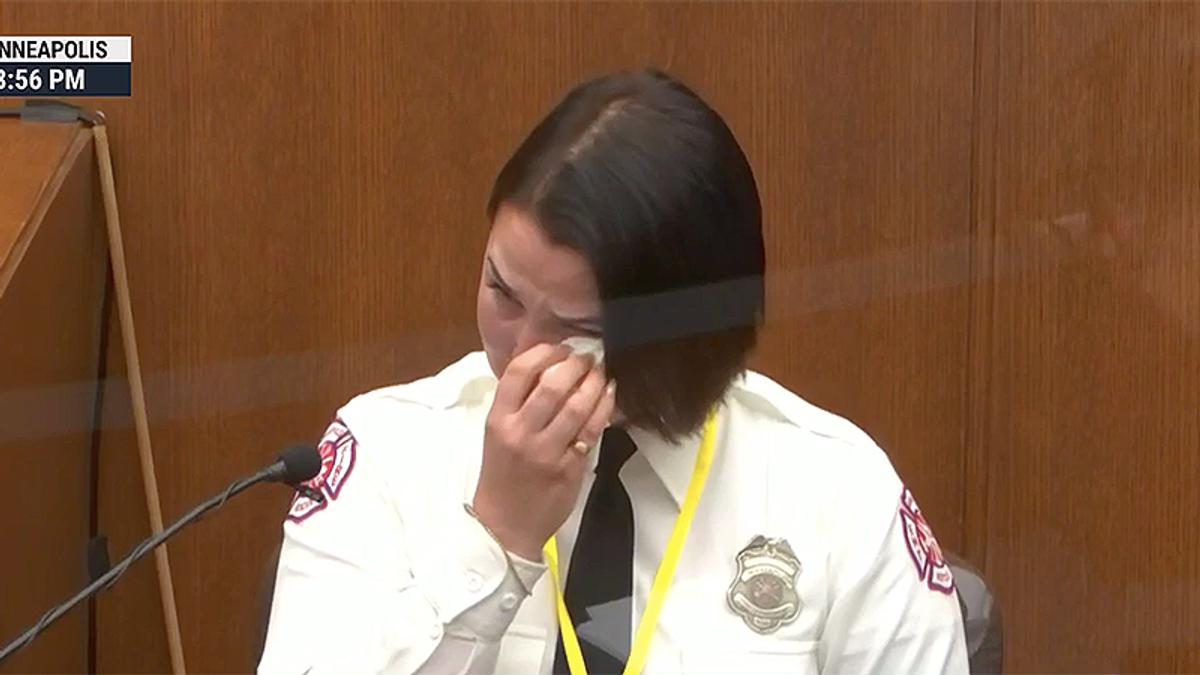 In heartbreaking testimony, Tuesday in the murder trial of Derek Chauvin, Firefighter/EMS worker identified as Genevieve Hansen . in the trial, revealed that she worked diligently to try and save George Floyd's life but that her efforts were rebuffed by police.

She revealed that she witnessed George Floyd not moving.

"His face was -- the first thing that concerned me is his face was, like, smushed into the ground. Swollen, appearing swollen to me," she explained. She also noted that she identified herself to the police right away. "I noticed he needed medical attention. It didn't take me long to realize that he was -- had an altered level of consciousness. In our training, that's the first time that somebody needs medical attention. So, my attention moved from Mr. Floyd to how can I gain access to this patient and give him medical attention, or direct the officers."

Hansen explained that she tried to encourage police to give Floyd the medical attention necessary but she was ignored.

"Um, I was really concerned about -- I thought his face looked puffy and swollen, which would happen if you are putting a grown man's weight on someone's neck. I noticed some fluid coming from what looked like George Floyd's body, and in a lot of cases, we see a patient release their bladder when they die. I can't tell you exactly where the fluid was coming from, but that's where my mind went. He wasn't moving. He was being restrained, but he wasn't moving."

She then broke down in tears and said that she continues to feel guilty that she didn't do enough to help him.