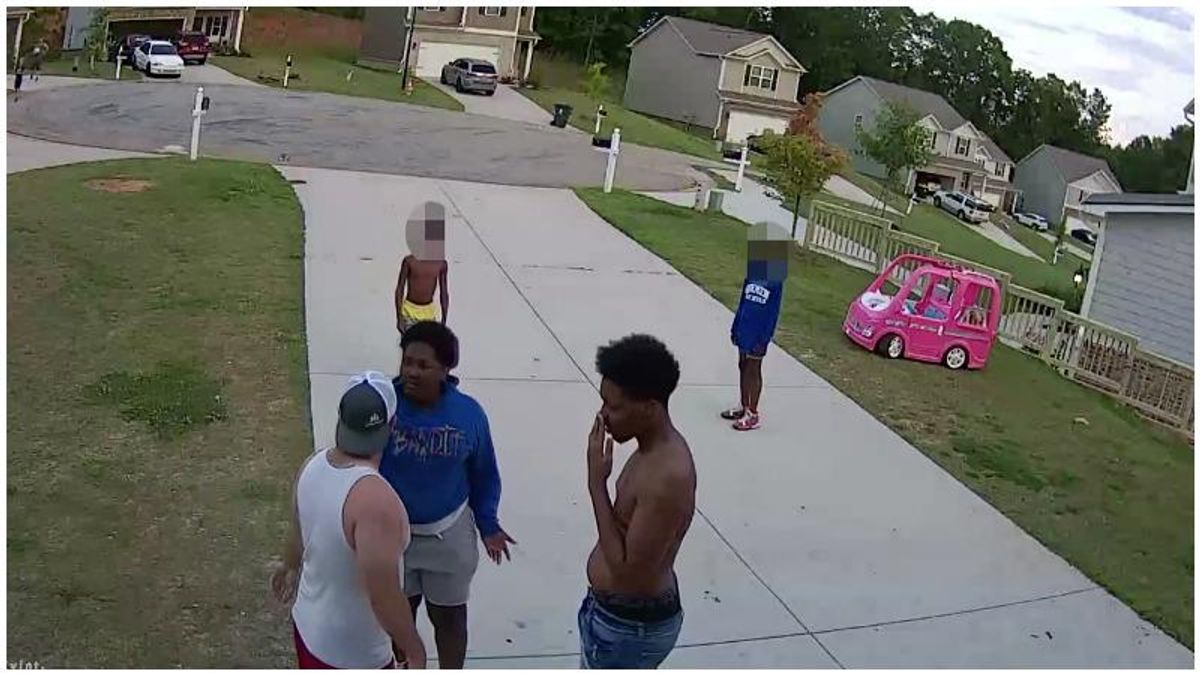 A Georgia woman says her 15-year-old son was attacked by a man wielding a belt and the incident was captured on video, 11Alive reports.

"I was just panicked. I could not believe that in 2021 a fully grown man would think that it was OK to come outside with a belt," said Latika Sim, who said that her son, who is Black, was playing basketball with his cousins when their next-door neighbor, 29-year-old Matt Martel, who is white, came outside.

"When you see the video, [Martel] is running full speed at him and he's caught off guard," she said.

Speaking to police, Martel said he was upset because the kids were using profanity.

According to Sim's son, Malyik, Martel "grabbed me with his hands around my neck. He threw me up against a garage and I hit my head."

Sim said that she knows her son can defend himself, but didn't do so because he was worried about getting in trouble for fighting back.

"I have worked in child care for 15 years. I have had kids say crazy things to me, I have had them hit me, I have never once thought, let me take my belt off, and beat someone else's kid. So even when he's texting saying, he heard my son say a curse word, I do not care," she said.

Watch 11Alive's report on the story below: