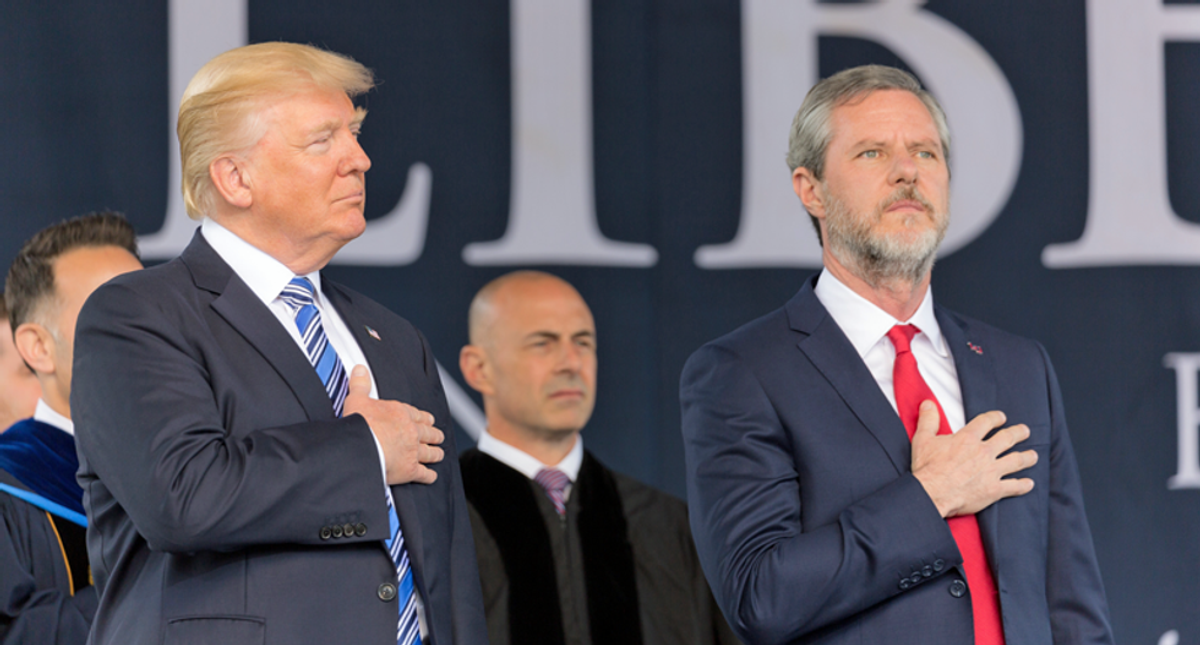 Data continues to show that those growing disenchanted with the Protestant churches is increasing.

"What I would also say is actually this historical trend goes back farther than that," Chastain explained Sunday. "When we look even at some of the books that had been published, in 1993, there was a book published called Leaving the Fold. Ten years later, one was called Evangelical Christian Women and War Stories. What we're seeing is a continuation of that trend and it is in keeping with what many people on my own generational cohort are experiencing."

He described his own awakening on his conservative Christian campus as the planes hit the Twin towers during his first week in school. The run-up to the Iraq war that followed, and the use of Evangelical Christians to push a kind of holy war in the Middle East changed Chastain forever.

While the Iraq war began nearly two years after the towers fell and had nothing to do with those flying the planes, churches were part of the movement of people championing former President George W. Bush and attacking anyone who promoted an anti-war message. That link between church and state continued as chief strategist Karl Rove built a 10 million evangelical campaign to support Bush on a platform of opposing LGBTQ equality. States across the country passed ballot initiatives banning same-sex marriage. However, it ultimately led to lawsuits that legalized same-sex marriage forever.

Joshua Johnson showed a video of Gov. Kristi Noem (R-SD), who some believe is auditioning to be Donald Trump's 2024 running mate. She spoke to a Christian conference over the weekend, saying that she hates America under Joe Biden's leadership.

"I really hate, I hate, this America that we're giving her," Noem said, repeating twice how much she hates America under a Democratic president.

"It is part of a long-standing tradition of conflating American patriotism with white evangelical Christianity," Chastain explained. "That's the sort of audience that she was speaking to, it would resonate with them as a -- both very patriotic and very Christian or religious thing. It's invoking a type of nostalgia that may not reflect the true history of this country."

While hate is typically not a Christian value, it is the kind of value that many evangelical churches have adopted.

"I think that there are multiple examples of Christ that one could draw upon," said Chastain about examples of Jesus saying the opposite of Noem. "Not all of them lead to these sorts of power grabs that we've seen for decades from the religious right since the founding of the majority in 1979 or even the National Association of Evangelicals back in 1942. I also see a Christ represented in the gospels who washed his disciples' feet. That's a type of service we don't see reflected and the type of militant and masculine white evangelical Christianity that we see today. It's why people have trouble reconciling even those that grew up in it, have trouble reconciling the purported values of this group versus how they act politically."

Johnson, who grew up in a strong Southern Baptist family, cited the scripture Chastain referenced, noting that it was about humility and service to each other regardless of status.