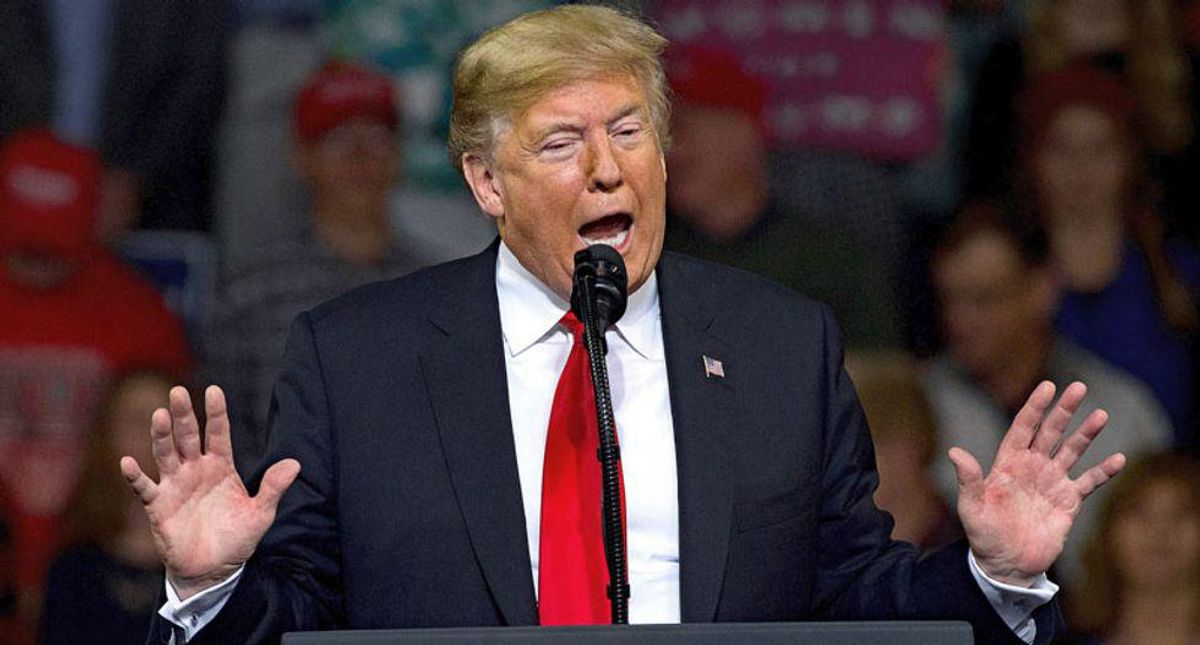 Since January 6th Republicans have moved closer and closer toward embracing Trump-backed, QAnon-created, dangerous conspiracies that inspire violence. And Republican leaders, bowing to Donald Trump and the GOP base he inspires, continue to slough off the insurrection — a domestic terrorist attack — refusing to hold Trump responsible for it and only emboldening those who perpetrated it.

Now the Department of Homeland Security and the FBI are warning of the possibility of domestic terror attacks this summer connected to a conspiracy that Trump will be reinstalled as president in August, something Trump himself has reportedly been promoting too. Per CNN:

The August theory is essentially a recycled version of other false narratives pushed by Trump and his allies leading up to and after January 6, prompting familiar rhetoric from those who remain in denial about his 2020 election loss. But the concern is significant enough that DHS issued two warnings in the past week about the potential for violence this summer.

And yet, I've not seen reporters asking Republicans every chance they get if Trump is going to be installed in August. Shouldn't Republican officials be condemning these conspiracies and shouldn't the media be sounding the alarm about how they're not? When more violence occurs will Republicans not be complicit?

The crackpot conspiracy hinges on the Arizona "fraudit." Promoters of the conspiracy, like MyPillow CEO Mike Lindell, believe Arizona will be the beginning of overturning the election — once Arizona and other states are proven to have been won by Trump — and Joe Biden will be shown the door. This has no basis in fact — or the Constitution — but that hasn't stopped believers from promoting it nor stopped Trump from stoking it.

This week we saw more horrifying video of January 6th from the New York Times after a six-month investigation. It included people talking about their intent to enter the building the night before, and others saying they were commanded to do so by Trump.

This comes as the GOP, bowing to Trump, has voted in lockstep against investigations of January 6th. After Republicans in the Senate filibustered a creation of a bipartisan commission, the House voted to create a select committee to investigate January 6th, and all but two Republicans voted against it.

House Minority Leader Kevin McCarthy is more "shocked" that Liz Cheney has decided to be on the select committee than he is about the possibility of another domestic terror attack incited by Trump loyalists. He's not rebuked those Republicans like Georgia Rep. Andrew Clyde who dismissed January 6th as something that looked like a "tourist" event.

And McCarthy has said nothing about those GOP House members who are courting the white supremacists behind the conspiracies, such as Arizona Rep. Paul Gosar, who is fundraising with a prominent white supremacist group. (Gosar denied he was doing so after it was reported, bizarrely after first promoting it in a tweet.)

An Ipsos poll found that over half of Republicans, 53%, believe Trump is the actual president — the "true" president — having absorbed the Big Lie, and they are ripe for the August conspiracy.

So reporters should be hounding GOP members of Congress, over and over again, asking them if Trump will be installed as president in August and if they in fact agree with the 53% of Republican voters who say that Trump is the "true president" of the United States.

Shouldn't those voters know where the leaders of their party stand? And shouldn't the rest of us?