Far-right extremists have found a safe haven on the most popular Christian crowdfunding site: report 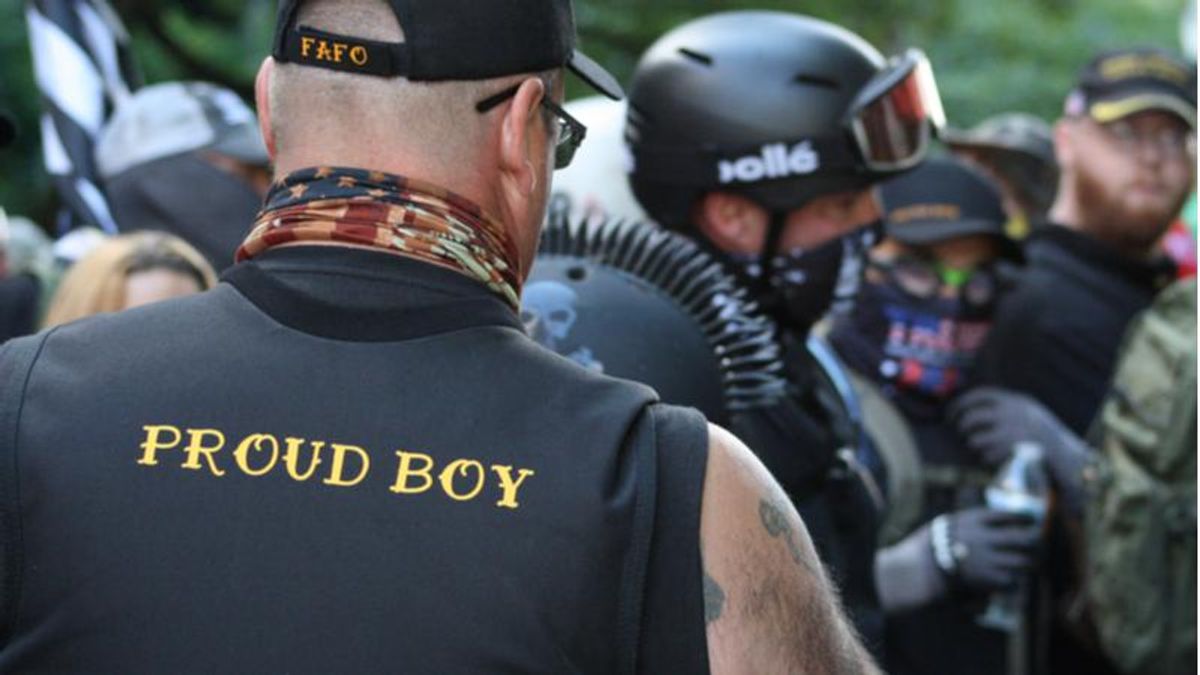 When siblings Heather Wilson and Jacob Wells founded GiveSendGo, the self-described "#1 Free Christian Crowdfunding Site," back in 2014, it was to counter GoFundMe, which they say is hostile to Christians and their causes.

But as The Nation's Talia Lavin points out, Kyle Rittenhouse, who killed two people in Kenosha, Wisconsin, netted almost $600,000 to pay his legal fees. A few months later, Proud Boys chairman Enrique Tarrio raised more than $113,000 after his arrest two days before Jan. 6 while on his way to D.C.

"GiveSendGo seems to be one of the most significant spaces in which alt-right and Christian right converge," says ex-evangelical writer and researcher Chrissy Stroop. "Of course, we know there is considerable overlap in ideology between right-wing Christians, white nationalists, the manosphere, 4chan types, etc. It can be difficult to trace the direct connections and networks, so I think the existence of GiveSendGo provides us with a sort of horrifying laboratory in that regard."

When asked by Lavin about the site consistently being utilized by the far-right, Wells responded by questioning the notion that the Proud Boys are a hate group.

"Unfortunately, the media does have an agenda with the things they portray, whether it's social media or other forms of media," Wells said. "What are their core beliefs? Is it misconstrued by the media?"

Well then went even further.

"If the KKK or any other group of people, if what they're doing is within the law, I would consider it an honor to have them use the platform and share the hope of Jesus with them," Wells said.

Read the full article over at The Nation.