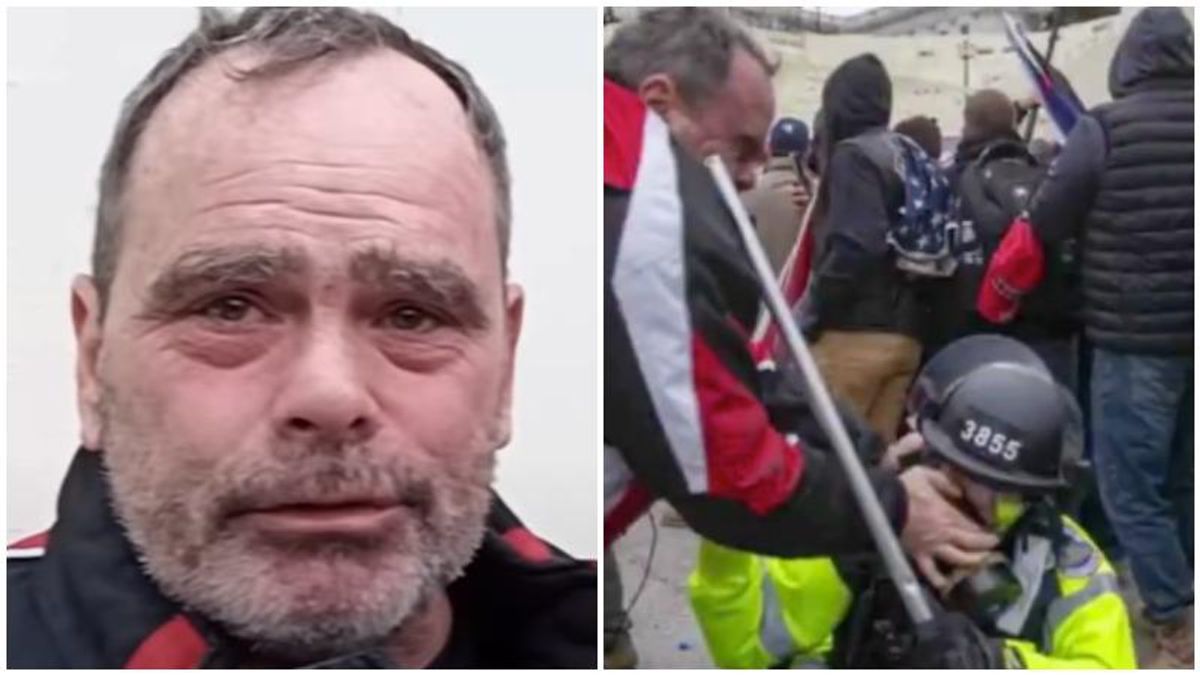 A retired NYPD officer turned himself in to the FBI this Monday for his role in the Capitol riot on Jan. 6, after being accused of using a pipe to attack Capitol police officers.

According to NBC New York, Thomas Webster was once assigned to work perimeter security at City Hall and at Gracie Mansion, which is the mayor's official residence.

Webster's image was circulated by the FBI for a month until he turned himself in.

Webster was also known as the "eye gouger" on social media, due to images showing him allegedly jabbing his thumb into the face of a Capitol police officer.