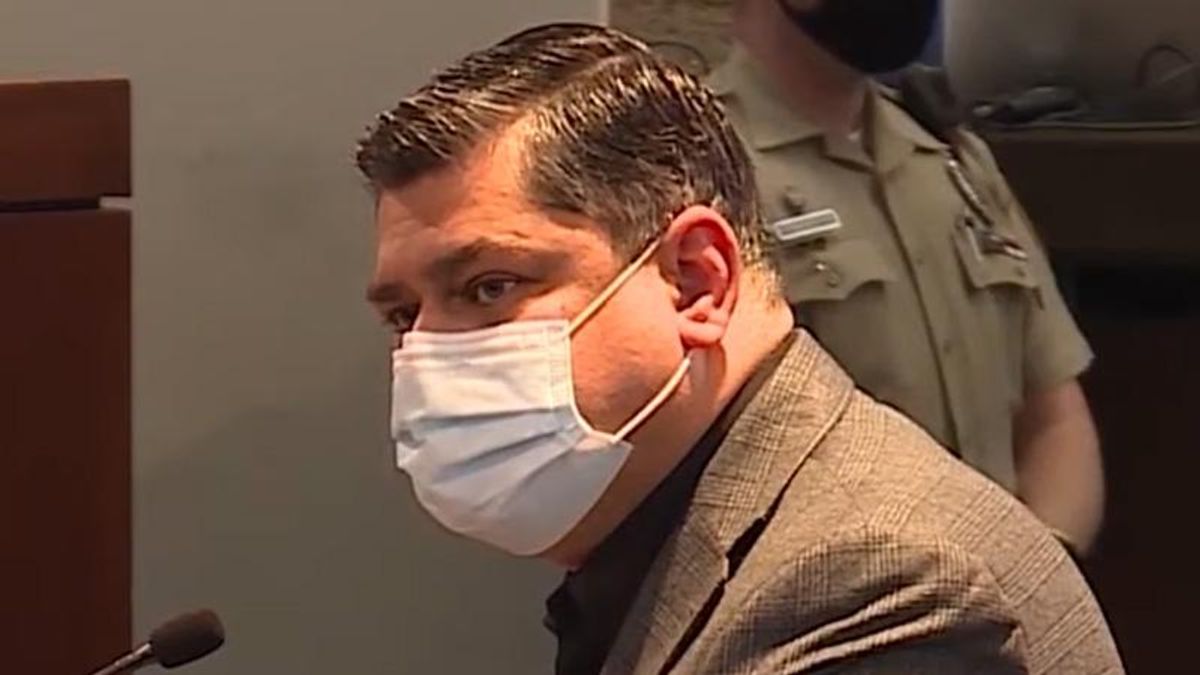 Here's what Khan wrote to the County Council Wednesday detailing his experience at its meeting:


"After my presentation was completed, I tried to leave the chamber but was confronted by several people who were in the aisle. On more than one occasion, I was shoulder-bumped and pushed.

"As I approached the exit and immediately outside the chambers, I became surrounded by the crowd in close quarters, where members of the crowd yelled at me, calling me a "fat brown cunt" and a "brown bastard." After being physically assaulted, called racist slurs, and surrounded by an angry mob, I expressed my displeasure by using my middle finger toward an individual who had physically threatened me and called me racist slurs."

Khan wrote that he was also accosted during the meeting by the angry overflow crowd gathered to protest a new mask mandate issued by County Executive Sam Page. Khan said there was no mistaking the crowd:

"The great majority of the people in the raucous crowd appeared to be from the "MAGA" movement, as evidenced by their "Trump 2024" chants," Khan wrote. "The MAGA movement is well-known for xenophobia and discriminatory treatment of racial minorities and has engaged in violent acts against government institutions like in our nation's capital on January 6."

Sitting in the front row was attorney Mark McCloskey, who drew national attention -- and MAGA acclaim -- when he and his wife Patricia aimed firearms at peaceful protesters passing by his St. Louis (on the way to the mayor's house) during the George Floyd protests. McCloskey, who wound up speaking at the GOP convention in 2020, is one of four Trump-loving Republicans vying for the U.S. Senate seat to be vacated by Sen. Roy Blunt in 2022.

Khan said McCloskey and another GOP politician "consistently berated me and tried to distract me from my presentation" as he was attempting to explain the health rationale for the mandate. Khan, who became an American citizen in 2013, also wrote to the Council about other xenophobic insults during his remarks.

"Several audience members then started mocking my accent while I was presenting to the Council. I heard people doing their impersonation of Apu, a caricature character from The Simpsons television show that mocks people from South Asia such as myself," Khan wrote.

The Republicans claimed Khan's claims were "baseless" and politically motivated. Page, meanwhile, said the abuse of Khan is troubling and under investigation. The behavior he has detailed is shameful and cannot be tolerated."

The County Council voted 5-2 to rescind the mask mandate. The matter is likely headed to court.